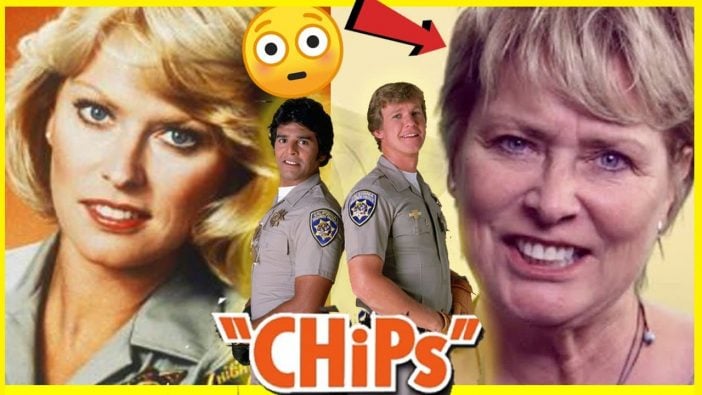 Fewer shows could get viewers hooked quite like CHiPs. The show offered viewers an intense, thrilling look at the lives of two motorcycle cops. Officer Francis Poncherello and Officer Jonathan Andrew Baker played off of each other well. At the end of the day, viewers stuck around for the thrilling scenes and their chemistry. Such great dynamics only come from a great cast, so where is the CHiPs crew now?

The show underwent some casting changes but everyone brought something valuable to the table. They got to do this for 139 episodes across six seasons. In fact, the series got such a great reception, it even enjoyed a reunion TV movie. Catch up on where they came from and where they went here.

Half of the starring cast of CHiPs, Larry Wilcox played the memorable Officer Baker. Baker brought empathy, protocol, and caution. His compassion became widely known, so often Officer Baker went on emotion-based missions. This had him consoling grieving families and the like. While Baker served the community with his empathy, Larry Wilcox served in the army, spending 13 months in Vietnam. There, he participated in the Tet Offensive. Work brought him back to America, where he got a very momentous start to acting. He was in 22 episodes of Lassie, which gave him a lot of time to show future producers what range he offered.

Throughout his life, Wilcox displayed an interest in many areas that made a show come to life. Even when he was part of the CHiPs cast, he brought his own camera to set and eagerly learned about the production process. This helped him go on to help compose The Wolfman Jack Story. His latest film credit is Forgiven This Gun4Hire. There, he stars alongside Richard Pryor Jr. and Shirley Jones. Both gained their own fame from The Partridge Family. During his free time, he spends time with his children and wife Marlene; she herself is part of the Olympic track team.

Typically, real motorcycle cops don’t travel in pairs. To still enjoy the partnership, the show explained that Erik Estrada’s character was on probation. His trouble-prone nature required a field training officer to accompany him. Estrada perfectly embodied Ponch’s hotheaded recklessness. In fact, trouble got him on the force after Jon pulled him over for not wearing a helmet riding his dirtbike. Fittingly, Estrada became a big acting name on another cop-related production, The New Centurions (1972). This earned him some one-off appearances on other crime shows, but joining the cast of CHiPs made a huge difference.

He did not make our list of Top 10 Heartthrobs from the ’70s, but he did become a heartthrob in the eyes of many. For a while, a major injury saw Ponch temporarily change faces; Estrada fractured several ribs and broke both wrists after falling from his bike, then engaged in pay disputes. Fortunately, he soon returned, and enjoyed a lot of momentum on hundreds of Spanish-language telenovelas. He even appeared in B-movies, stretching the envelope and playing…himself! But most interestingly, Estrada ended up becoming a reserve officer riding a trusty…you guessed it, motorcycle.

Robert Pine played none other than Sergeant Joseph Getraer, simply called Joe. You can use that nickname, but don’t deviate from the norm in any other ways. Joe worshipped protocol and always went by the books. His words of wisdom received more appreciation than his rundown of a new mission; the famous motorcycle duo always just followed their instincts, anyway, especially Ponch. But experience brings wisdom and both Joe and Robert Pine had a lot of that. Pine was the most experienced actor in the main cast of CHiPs. Pine got a big break early on, starting in 1964 then hitting it big in 1966’s Munster, Go Home. Mod Squad, Gunsmoke, Pine’s seen it all.

So far, Pine has 227 projects and counting. That’s right, at almost 80, Pine still makes appearances on the likes of NCIS and Parks and Rec. When Robert Pine isn’t present, his equally famous son is. Chris Pine joins the throng of famous Hollywood Chrises, becoming famous for playing a young Captain Kirk in Star Trek and Steve Trevor in Wonder Woman. That’s just to name a few titles. To see father and son side-by-side on a project, look no further than 2010’s Small Town Saturday Night.

Officer Barry Baricza, commonly called Bear by his friends, Brodie Greer’s character sported a truly winning smile that could charm anyone. From 1977 to 1982, Greer flashed those pearly whites around the set in what would be his most prominent role. Before this, his origins ring similar to other actors of the time, if they didn’t start on Broadway; he was part of the Days of Our Lives soap opera cast.

Since CHiPs ended up being one of his biggest career moments, when it ended, Greer enjoyed some small roles here and there but was semi-retired until the show’s reunion event. 1999’s L.A. Heat might have offered a renewed comeback into the acting life, but it was not to be. Instead, now in his seventies, Greer coaches volleyball in Carmel, California. At least he got a great spike early on!

Gambling met a lot of stigma decades ago but that didn’t stop Officer Arthur Grossman from doing it. Grossman, played by Paul Linke, gambled, wrote, read, and became the Hobgoblin for Halloween, because why not? Before joining the force, Linke appeared in some other very popular shows of the time, including The Waltons and Happy Days. He also made a meaningful connection on Ron Howard’s directorial debut, Grand Theft Auto, as the son of Marion Ross’s character.

That connection with Howard ended up beneficial for them both. After being part of the CHiPs cast, Linke reunited with Howard for Parenthood (1989) alongside sometimes-recognizable Steve Martin. Today, he is married to Christine Healy, his second wife, who is also an actor. The passing of his first wife became the driving influence behind his show, Time Flies When You’re Alive: A Real-Life Love Story.

From season 2 on, Lou Wagner became part of the CHiPs cast as mechanic Harlan Arliss. This role ended up quite important because, realistically, the leading pair would need their bikes tended to, especially with all the messes they got into. Unfortunately for them, but fortunately for viewers in need of a good chuckle, Arliss left something to be desired with his mechanic services. Thankfully, Wager brought his A-game in place of Arliss, having already established himself as Lucious the Ape in the Planet of the Apes films of 1968 and 1972.

When he was not “fixing” vehicles, he helped fix hungry stomachs, appearing in some McDonald’s commercials as The Professor, a role he held for 15 years. His role in Raising Hope, from 2012 to 2014, ended up being one of his most prominent jobs. Though no one’s seen it yet because it isn’t released yet, he’s also been in 2018’s Breaking Mad starring Ed Asner. Whatever his part involved, he definitely nailed it!

Officer Bonnie Clark started as a farm girl before becoming part of the CHiPs cast as a hot-tempered patrol officer. Ultimately, Officer Clark fit right in because when she had a gut instinct, she went with it. Before joining the cast of CHiPs as Clark, Randi Oakes appeared in one episode of McCloud in 1976. Though brief, it was enough to get her started because the following year, she was in CHiPs.

Success came for Oakes after the show ended and she found herself on The Love Boat and Fantasy Island. However, she retired from acting early on in 1985, just in time for the birth of her first child. The baby’s father is Gregory Harrison, the young surgeon assistant to Pernell Roberts in Trapper John, M.D. Now, she lives in southern Oregon with her husband and an expanded family of four children. Even enjoying the quiet life, we remember her captivating performance on the show!

Never let a stagnant period of life throw you off of your dreams. Michael Dorn, by rights, should not have ended up where he did. Before CHiPs, he had a fluke appearance in Days of Our Lives. His other appearance as Apollo Creed’s bodyguard in the first Rocky went uncredited. With CHiPs, Dorn got credit where credit was due and fell into the world of consistent acting as Jebediah Turner.

By 1987, he found himself as Lt. Wolf in Star Trek: The Next Generation, a role he enjoyed for 175 episodes. Dorn returned so many times that he became more of a recurring cast member than just about anyone else on the show and any spinoffs. He’s been at it still pretty recently, too, lending his voice to The Santa Clause as the Sandman. But don’t sleep on this big batch of talent because they’re worthy of a lot of attention. Who was your favorite on the show? And, of course, Jon or Ponch?

Who was your favorite character from the show CHiPs? Let us know in the comments – we read them all and want to hear from you!

Click for next Article
Previous article: Yvette Mimieux, Actress From ‘The Time Machine,’ Dies At 80
Next Post: Joyce Bulifant Shares How Betty White Gave Her ‘Permission To Tell Naughty Jokes’