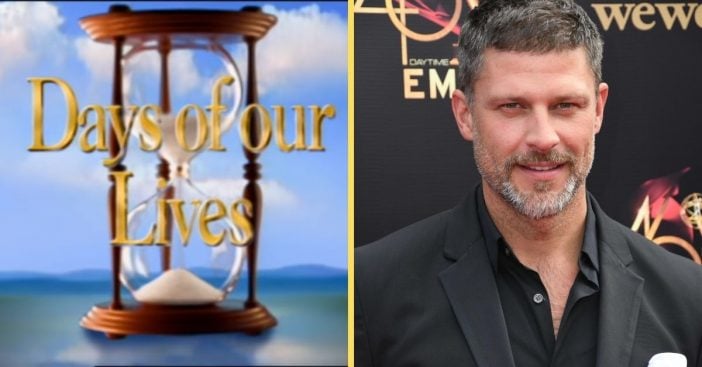 “I’ve finished my reign at Days.” Those words announced Greg Vaughan’s departure from Days of Our Lives after he’d spent eight years on the soap opera. For those mourning this departure, though, they can find comfort in his words.

“It’s never over, so I’m not gonna say it’s over,” he added. In conclusion, the soap opera star is leaving for now but intends on leaving the door open for any future work. His decision comes amid the backdrop of litigation debates around the show.

Say farewell to Greg Vaughan as Eric Brady… for now

Greg Vaughan spoke about his role with Days of Our Lives on the podcast That’s Awesome! With Steve & Bradford. This meeting represented a reunion of sorts since he used to act alongside both hosts in General Hospital. “I’ve finished my reign at Days,” Vaughan announced, according to People. He went on, “For all my Days fans that are listening, I love you all… it’s never over, so I’m not gonna say it’s over. I’m taking a break, if you will.”

His decision did not emerge out of the blue. Behind the scenes, the soap opera has some important hoops to jump through. Vaughan explained, “Days was going through a renewal negotiation and not knowing where they were going to go.” He concluded, “I just felt my time was coming to an end anyways.”

The seamless acting and carefully orchestrated scenarios on TV don’t carry on when the cameras turn off. Shows need to constantly have content at the ready, and that involves a lot of planning, which sometimes makes things clearer and murkier at once. A source, according to People, explained that “The show shoots months and months in advance and they’ve gotten so far ahead that the cast was prepared ages ago for the fact that they would all be put on hiatus until closer to pick-up (aka renewal) time, for scheduling reasons.”

Currently 47, Greg Vaughan had to navigate the soap opera’s particular way of doing things since 2012. That meant he was there for the confusion and uncertainty when reportedly all actors got released from their contracts. This drama unfolded in November 2019, and a week or so later, the show got the green light for a 56th season. While Days continues to orient itself, Vaughan has some exciting days ahead of him, after his engagement to Angie Harmon from Rizzoli and Isles. Congratulations to the happy couple, and happy trails to Greg Vaughan!