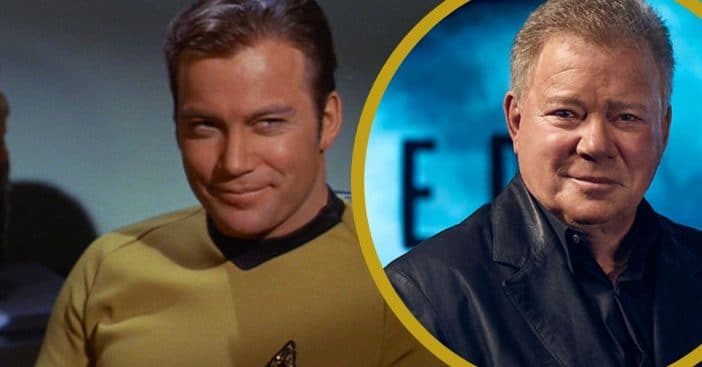 When a show is particularly great, it lasts forever. Because of its broad appeal, Star Trek gained momentum and became a favorite among many. Naturally, it gained a lot of spin-offs, reboots, and the like. Some either include original cast members or make strong homages to what came before. But with the rise of Star Trek: Picard, fans hoping for William Shatner to return as Kirk may be disappointed.

Shatner’s reasoning, however, comes from a personal place. He gave a face to the new character when the show was starting up. As such, Kirk’s story became very important to him. So, when a fan asked William Shatner if he might take up the mantle as Kirk again, he said no and that he felt the captain’s story was done.

No. I think Kirk’s story is pretty well played out at this point. https://t.co/30qVk9uxKN

Star Trek: Picard is the eighth entry in the wildly famous Star Trek franchise. Airing on CBS All Access, it focuses on Jean-Luc Picard, and features Patrick Steward reprising his old role. With this increase in revisiting old favorites, fans wondered if other characters might get the same treatment. One reached out to William Shatner on Twitter to ask if he would get involved in any new shows about Kirk. Tim Scammell wrote, “@WilliamShatner Now that they have the series #Picard do you think they’ll consider a series “Kirk” for you? That would be pretty cool.”

Looking back, though, Shatner is content with how Kirk’s story has gone. He sees no need in continuing it in any way. He replied, “No. I think Kirk’s story is pretty well played out at this point.” Later, he also addressed the logistics of such a plot. That next reply sounded a bit more final, especially when combined with the eye-rolling and shrugging emojis. “What was any different about my statement on Kirk that I haven’t said before?” he wrote. “I don’t do cameos (that one stretches back to 2008 & JJ) Kirk’s story is well told out of any other captain’s story. Kirk died in Generations. What is really left? Adventures in the ribbon?”

Among fans, the jury is out

🙄 What was any different about my statement on Kirk that I haven’t said before? 🤷🏼‍♂️ I don’t do cameos (that one stretches back to 2008 & JJ) Kirk’s story is well told out of any other captain’s story. Kirk died in Generations. What is really left? Adventures in the ribbon?

William Shatner embodied Captain Kirk for several years, becoming synonymous with the character. Fans appreciate nods to the original cast for a series they loved and still love. But Scammell’s post ignited a discussion that reminds readers how divisive reexploring old content can be. For some, Star Wars has long been exhausted while others adore each new entry. Fans grimace at some reboots like the 2016 version of Ghostbusters but others embrace it.

Replies to Scammell’s tweet show just as much diversity. Jim Crilly replied, “Picard isn’t half bad, but we need fewer reboots and rehashes. They have no idea what do to any longer and just keep trying to squeeze every last penny out of what worked 20-30 years ago.” On the other side of things, Brian miles emplored the star to think about the offer seriously. He urged, “Come on bill please do it . It would definitely be great. You played kirk so well give us one more.” All the while, others still reminded Scammell and others that Kirk simply can’t have new adventures. And Shatner’s aversion to cameos really limits the options. What do you think? Should Kirk’s story be left alone?

Click for next Article
Previous article: You Can Now Buy A Reese’s Ice Cream Cake From Walmart
Next Post: The Next Bachelorette Has Been Announced And Is The Oldest Yet