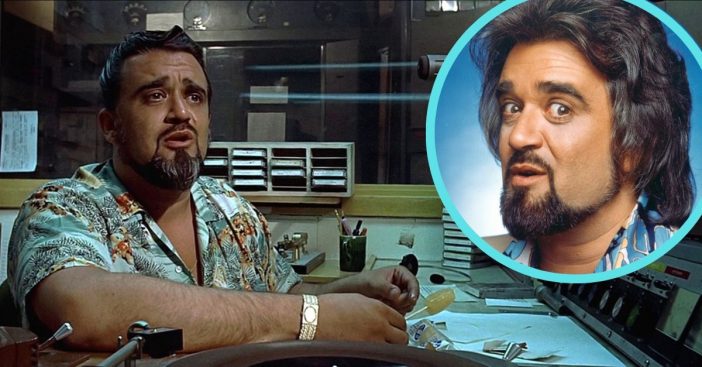 To his family, he was known as Robert Weston Smith. Among music enthusiasts, he was Wolfman Jack. When people think of this memorable DJ, they easily hear his gravelly voice. Such a sound is something of his trademark. But an enticing tone is only part of where DJ Wolfman’s talent comes from. Though, when asked, he attributed a lot of his success to his voice.

Born in January 1938, this future disc jockey entered his career in a rather unorthodox way. After his parents separated, his father bought him a large Trans-Oceanic radio. Time occupied with that, Wolfman Jack kept out of trouble. And so began his exposure to what would become a lifelong passion.

With a childhood filled with tunes by inspiring disc jockeys, it was only natural for Wolfman Jack to feel the appeal towards DJing. Iconic names in R&B disc jockeying became his idols. These included “Jocko” Henderson, “Dr. Jive,” “John R.” Richbourg, and “Moon Dog” (Alan Freed). Freed in particular became a significant source of inspiration, and enjoyed much success as an influential disc jockey of his time.

Indeed, the styling of Moon Dog is one a few people have carried. Smith himself decided to do the same, though with noted differences. The canine theme stuck as Smith developed an airwaves character for himself known as Wolfman Jack, complete with his own sound effects. This was nothing new to him, as after attending the National Academy of Broadcasting, Smith worked as “Daddy Jules” at WYOU in Newport News, Virginia. There, he helped share some “beautiful music.”

Wolfman Jack considered his voice something of a breadwinner. “It’s kept meat and potatoes on the table for years for Wolfman and Wolfwoman. A couple of shots of whiskey helps it. I’ve got that nice raspy sound,” he said of his gravelly voice. However, his work was not limited to sharing his voice on the airwaves. He made himself known on television and in movies. A cameo in American Graffiti explored the difference between his true self and the persona listeners met on the radio.

His career led him to work with XERF. There, he enjoyed immense reach and growth, both literal and metaphorical. XERF’s signal strength was beyond any other at the time, allowing cars to listen and never once deal with a waver in the sound or signal. There, Smith also further developed his Wolfman Jack persona and incorporated phrases like “Who’s this on the Wolfman telephone?” Punctuating any big statements were always long, drawn howls. Those howls echoed through multiple industries, inspiring song lyrics and encouraging movie sequels alike.

Wolfman Jack developed a colorful personality inspired by many talents before him and inspired new talented artists similarly.

The WOLFMAN on American Bandstand

This Forgotten ’70s Music Festival Was Actually Bigger Than Woodstock