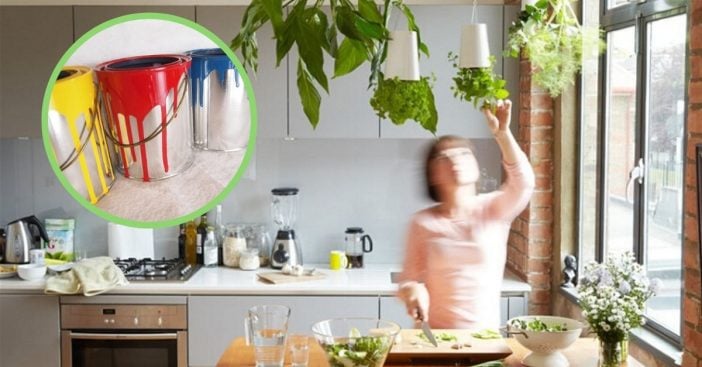 Creativity is the root of countless remarkable milestones. Many innovations came about by people looking at things out of the box or else seeking different approaches to various problems. With the right approach, these creative thinkers knew the right tools to do what they needed. That is how we came to have these vintage household tricks that still work today.

Known today as life hacks, many simple household tricks fix bothersome household problems. No matter the dilemma, chances are there is a creative and easy way to completely fix the situation. When a solution is continuously successful, its practitioners keep it alive through the years and pass it on to the next generation. Here are some creative ways people used to navigate problems around the house.

Bread is the first eraser

On a cold, windy day nothing warms the soul like a piping hot bowl of soup and a fresh loaf of bread. Often, weary inhabitants dip their bread into the broth to seep up the rich flavors. It turns out this trick can be applied elsewhere.

RELATED: Tips On How To Keep Your Cast Iron In Great Condition

Accidents happen no matter how careful a person is. Sometimes, those lead to unsightly wall stains. When chemicals proved unavailable or simply too harsh, people instead used bread. They took a wad of bread and blotted it against the stains, exactly like how one might clean a carpet spill. Just like bread dipped in broth, this wad then soaked up the stain.

Make use of all eggs and avoid waste

No one likes being unable to use all the ingredients they bought. Not only is it frustrating to not get your money’s worth, but it throws a chink into any cooking plans carefully made. This happens when an egg gets cracked and becomes unusable for boiling…or is it?

Decades ago, chefs around America decided no egg would go to waste again. Their solution was to wrap the damaged egg in waxed paper and twist off the ends. Then the damaged egg could join the others.

Relocate from the stove to the oven

There is a reason something boring is likened to watching paint dry or water boil. With so much to do, standing around waiting quickly becomes a bother. Even for exciting, unique recipes, the fun is removed when the steps become too boring. If you have tried making apple butter or something similar, you know how to play the waiting game while continually stirring.

Some decades ago, people found an alternate way to do this. They simply put it in the oven. Fortunately, we also can tell you how to clean between the glass of your oven too! The oven’s settings combined with a timer to make this meal prep a lot less tedious and tiring. Chopping, rolling, tossing – those are all engaging. The chef is active in getting immediate results. But working at the stovetop became like waiting for paint to dry. This was the case until people took to some simple vintage household tricks that stands the test of time.

Nowadays all sorts of concoctions are used to remove wallpaper. In previous decades, particularly the ’80s, many American households had wallpaper in just about every room of the house. Sometimes that pattern just didn’t sit right with the new homeowners, though, and when that happened it needed changing.

One trick many renovators turned to relied on a simple mixture. They combined one tablespoon of potassium nitrate (saltpetre) with a gallon of hot water. This mixture was applied to the wallpaper so the paper could be easily removed.

One adjustment relieves a whole lot of back pain

Sometimes a room had no wallpaper. Instead, it was painted – and if it is the ’80s, those colors tended to be very bright anyway. This came with its own set of procedures and precautions to avoid making a mess. Typically, newspapers became drop mats so any paint spills didn’t ruin the floor.

Today, this is still a go-to method of keeping floors clean. Sometimes they are replaced with large sheets dedicated entirely to being stained by various colors. But another old alternative emerged over the years. Some people simply glued a large paper plate to the bottom of the paint can. The outer edge caught any drips from a freshly-dipped brush. Additionally, since the plate got glued to the can, no papers needed to be meticulously moved each and every time the paint can needed moving, totally interrupting the flow of work.

Usually, vegetable peelers are spotted over a kitchen sink, peeling away the exterior of various foods. Those operating these peelers chat with others as they shave down to the more desirable part of their food and – often – discard the shavings. But that is not all they are useful for. A trick popular today was useful decades ago in adding a bit of artistry to this otherwise repetitive cooking step.

Vegetable peelers are perfect for making curly chocolate garnishes. Instead of just cooking, peelers are useful for baking endeavors. Similarly to how they peel away carrot or potato skins, the peelers shave off strips of chocolate. The resulting shape, done right, is a perfect, cute little splash of fun to any dessert. Additionally, those shavings can be used to more quickly melt chocolate and let those endorphin levels rise! No matter which way the debate goes, chocolate is delicious.

Just because a food tastes good after a lot of prep doesn’t mean it smells good throughout the cooking process. Some people find themselves sensitive to certain odors, like those of cabbage or cauliflower. This is without even exploring the divisive nature of cilantro, with its power to divide entire factions.

Fortunately, longtime cooks mastered how to keep their houses smelling sweet. All they needed to do was keep orange peels or cinnamon right near where they chopped smelly food. That comforting fragrance proved enough to drown out any unpleasant odors from the vegetables. Today, we still associate cinnamon with comfort, no matter where it is! Good thing, too, because CNN reports many benefits from cinnamon to exist.

Water really is the source of all life

Water is fundamental in many processes throughout life. Biologically, it keeps us hydrated, nourishes plants, regulates the earth’s temperature, and more. In the kitchen, it is present in many recipes. Sometimes it simply rinses off vegetables and other times it boils rice into a fluffy and tasty meal. But even after that rice is boiled, the water is still very useful.

When the rice is ready to leave the water, keep that water! It is actually perfect for making gravy. Rice by its very nature soaks in flavors, and that water has done that too. Their combined properties make the liquid thicken itself, and be ready to be very flavorful. If you don’t already, give it a try next time you’re making something that calls for gravy.

Fine sandpaper is a fine lifesaver

Sometimes typical, inevitable accidents can have costly consequences. When a plate shatters, hearts shatter too. Homes are not the only things tied to our biggest moments. Even the smallest damages can really leave their mark on a beloved memory. Not only that, it renders a useful item unusable. Instead of giving up on their treasures, however, people turned to some vintage household tricks to make the problem vanish.

When glassware gets nicked around the edge, all that was needed was some fine sandpaper. Careful not to use anything too rough or to rub too aggressively, people used this to rub away the damage. Done right, the edges would be smooth again. This is one of many ways people would buffer out damaged spots on surfaces.

No household project is possible without the right tool. While we have seen many people make use of unorthodox items to keep their homes comfortable, some basic items can’t be replaced. Paintbrushes are an example of such a tool. These are a fundamental part of just about any home renovation. Whether you are freshening up a room’s color or tearing down big fixtures, you will need a paintbrush. How horrible is it, then, when a perfectly good brush dries up?

Fortunately, people thought of a solution to this decades ago. To save a paintbrush, all they did was soak the stiff brush in hot vinegar. What emerges will be clean and pliable once more! This is just one of many tricks that people figured out years ago. Whether a clear-cut solution was unknown or unavailable, many creative solutions emerged. There was a trick for everything, from repurposing curtain rods as coat hangers to rubbing salt on ice trays to keep them from sticking. Perhaps the best part of all of these is the fact that many people utilize these tricks today. Do you have any wise tips to share?

RELATED: Do You Have Any Of These Vintage PEZ Dispensers That Are Worth Tons Of Money?

Click for next Article
Previous article: French Movie Star, Catherine Deneuve, Has Been Hospitalized After Suffering A Stroke
Next Post: Richard Gere, 70, and wife Alejandra Gere, 36, Are Expecting Again!