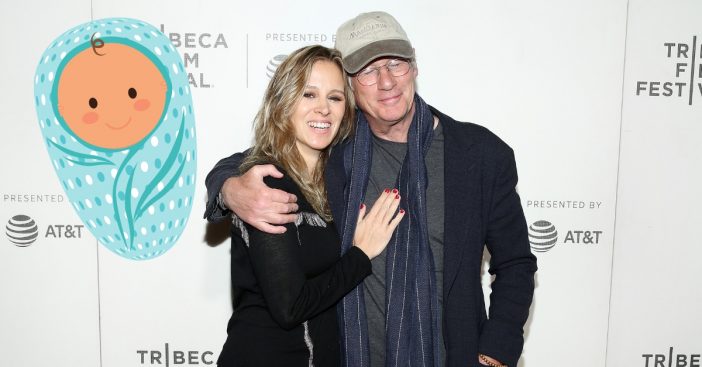 Richard Gere and his wife Alejandra Silva are expecting their second baby together. The news comes nine months after the birth of their first child, a boy named Alexander. Richard, 70 and his wife, 36 have been married since 2018.

Reportedly, Alejandra is over three months pregnant and will be due in the spring. Both parents have children from other relationships. Richard has a 19-year-old son with ex-wife Carey Lowell and Alejandra has a six-year-old boy from a previous relationship.

Actor Richard Gere and wife are expecting their second child

Alejandra previously spoke out about her relationship and marriage with Richard. She said, “I feel like I’m in a true fairytale. Without a doubt, I feel like the luckiest woman in the world.” How sweet! They seem very much in love.

Congrats to Richard and Alejandra on their growing family! We can’t wait to learn more details, such as the official due date and if the baby is another boy or a girl. We bet they are hoping for a girl in a family full of boys.

Richard is known for his role in Pretty Woman. Check out the cast reuniting after 25 years below:

Previous article: Vintage Household Tricks That Stand The Test Of Time
Next Post: Kohl’s Is Giving Veterans And Military Members 30% Off For Veterans Day