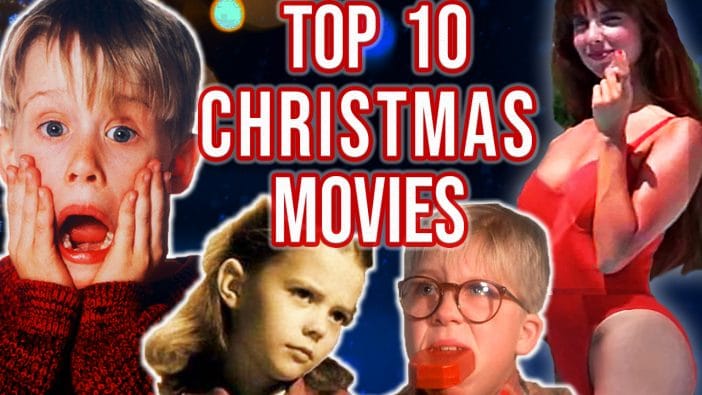 No other holiday boasts a movie library quite like Christmas. Good, bad, and everything in between, Christmas has dozens upon dozens to choose from. That’s not even counting small holiday specials TV shows do. Once this late December holiday rolls around, countless programs focus around it. With such a long list of Christmas movies, it can be difficult to narrow down the top selection. But the ones listed here do stand the test of time pretty well.

To specify, this list looks at full-length, Hollywood movies that had a theatrical release. Unfortunately, that excludes A Charlie Brown Christmas and the original How the Grinch Stole Christmas. But this still has a lot of classics that will surely be making spirits bright this holiday season.

Sadly, almost everyone’s experienced that crushing moment of doubt when all life’s simple truths seem less certain. A transition like this doesn’t have to be permanent, though. In fact, thanks to Miracle on 34th Street, viewers can recapture that time of childhood innocence upon command. This 1947 film is among the earliest of our top Christmas movies and still holds up. Young Susan, played by Natalie Wood, harbors doubts of her own about the magic of Christmas and Santa Claus. Acts of kindness and a chance encounter with Kris Kringle help solidify the wholesome power behind this holiday, though.

Other people’s skepticism threatens to ruin this powerful run Kris Kringle has. But shadows only mean light is present and through this harrowing twist, viewers get one of the most iconic scenes in cinema history. The U.S. postal service delivers hundreds of letters from hopeful boys and girls excited for Father Christmas to deliver their gifts. For a Christmas classic, it’s a bit peculiar it came out in the summer of ’47 with minimal references to the holiday or its biggest player. However, it still became an instant hit upon release, and now kids know the important ritual of tugging on Santa’s beard to make sure he’s real, much to the chagrin of mall Santas.

“You’ll shoot your eye out” became a famous word of caution now associated with the holidays. A Christmas Story follows the holiday memories of Ralphie, a young boy with the overriding wish for a Red Ryder BB gun. Specifically, a Red Ryder Carbine-Action 200 Shot Range Model Air Rifle with a compass in the stock. Meanwhile, his dad’s just content with his prized table lamp shaped like a pair of women’s legs. Almost every scene in this movie has become iconic: tongues stick to flagpoles, Santa sourly pushes kids down slides, and bullies get some comeuppance. Thanks to its eternal place in our cultural zeitgeist, A Christmas Story ranks among the top holiday movies of all time.

It also represents a surprising come-from-behind underdog story. Upon its initial release, people considered it a flop. Time eased people’s opinions of it, thankfully, and now multiple networks host 24-hour marathons of the film. Indeed, one-sixth of the country reportedly tunes in at least once to watch Ralphie do battle with Skut Farcus. But only after he’s had his mouth washed out with soap, of course.

Merry Christmas, you filthy animal. Young Kevin McCallister thinks he might just be living the dream when his whole rowdy family leaves for vacation and forget him. Missing out on a trip out-of-state? Not so fun. But getting a break from his bully older brother and a houseful of overbearing siblings in time for Christmas? Sounds a bit more ideal. No adults to bark orders, pizza and candy for every meal of the day – at a very low price, too – and complete access to all the action movies. What more could a kid want?

Not a malicious break-in, that’s for sure. The bumbling Wet Bandits Harry and Marv have their eyes set on robbing houses where the owners are out of town. But Kevin isn’t about to let them invade his property. With ingenuity that might make Saw trap designers envious, Kevin rigs his home to chase Harry and Marv out. Along the way, he learns a thing or two about assumptions and just how important family is to the Christmas joy formula. Watching Macaulay Culkin face off against Joe Pesci and Daniel Stern proved so entertaining they did it again in Home Alone 2: Lost in New York. Before this, though, the original topped the Box Office for 12 straight weeks. Its only competition at the time was Star Wars and E.T. (Fun fact: all three of those were composed by John Williams.)

Every Time A Bell Rings… you know the rest. No list of top Christmas movies would be complete without this most iconic of holiday hits. Even director Frank Capra considers it the best he’s done, which says a lot since he also directed hits like It Happened One Night and Mr. Smith Goes to Washington. Similar to A Christmas Story, It’s A Wonderful Life released to mixed reviews. Reviewers that wouldn’t like wholesome Hallmark movies called the film overly sentimental. When it entered the public domain in the 1970s, however, TV stations played it in time for the holidays and opinions turned around.

In this more flexible setting, viewers fell in love with the film for good. So, this 1946 this movie that actually lost money at the box office became quintessential holiday viewing material three decades later. It also went on to become considered as one of the greatest movies of all time and sits immortalized in the National Film Registry of the Library of Congress.

All Clark Griswold wanted was to provide the hap-hap-happiest Christmas ever for his family. Both Christmas and vacations are supposed to be easy, joyful affairs, right? Not so. Chevy Chase’s Griswold hits multiple walls in his valiant attempt to make a Christmas worthy of holiday postcards. He’s thwarted by redneck cousins, burning Christmas trees, and – in place of a nice Christmas bonus – a jelly of the month subscription. All this and more make for a Christmas nightmare that may be exaggerated but is also relatively relatable. Only when we plan for a perfect event does everything suddenly go utterly awry.

Griswold does come to some important realizations, though. He never had to try so hard to make the perfect Christmas because the people around him make it that way. At the end of the year, love and togetherness are the real gifts. If there’s no loving family, how can there be a perfect Christmas postcard, anyway? National Lampoon’s Christmas Vacation makes the list of top Christmas movies for boasting not only a wacky, fun plot and tender message, but also a very strong soundtrack. Its score features a strong title track “Christmas Vacation” and Bing Crosby’s “Mele Kalikimaka.” In times of trouble, laughter really is great medicine. So give a deep Santa belly laugh with this holiday classic.

Songs don’t just inspire dancing; they can also inspire entire movies. Take such examples as Pretty Woman or Dazed and Confused. One of the most enduring holiday-themed examples of this trend remains White Christmas. The song’s first debut came in the 1942 movie Holiday Inn. At that time, it helped console families separated by World War II. When husbands, wives, and kids couldn’t all be congregated for a merry Christmas, they could hear this and await theirs soon.

So, that’s probably why the movie it inspired remains so beloved to this day. In fact, only one of the top Christmas movies could still end up playing in theaters every holiday season despite its release in 1954. This movie hit the ground running; by today’s standards, it essentially netted $100 million dollars in today’s money upon release. Watching Bing Crosby and Danny Kaye sing and dance and fall in love with the two women they work with helps audiences remember the wonderful power of love too.

Most of the entries on this list aren’t younger than 30 years or so, utilizing the power of time to win further love from audiences. But one shining exception remains the 2003 movie Elf. Buddy the elf is a real son of a nutcracker. Actually, he’s raised by Papa Elf in the North Pole, but his biological father is a human who works at a publishing company. And… he’s on the naughty list. James Caan plays an irate, disenchanted Walter, whose disinterest in frivolity is totally at odds with Will Ferrell’s Buddy the Elf, who’s basically a kid at heart. Buddy’s a total fish out of water when he leaves the North Pole to meet his human family. Everyone around him’s forgotten their sense of Christmas spirit. But Buddy’s enduring wonder and innocence help remind a lot of people why it’s good to hold on to these things at any stage of life.

Elf is full of memorable moments. Who knows someone who tried Buddy’s patented maple syrup spaghetti? Or learned if you using alone, you can and should sing in front of other people, because the best way to spread Christmas cheer is singing loud for all to hear! Though it’s not even that old, Elf managed to prove there’s room for everyone on the nice list and the top Christmas movies list. Which will you be watching this holiday season? Are there any others you catch each winter?

Click for next Article
Previous article: You Can Now Spend The Holidays At The ‘Home Alone’ House
Next Post: Kelly Osbourne Slams Tabloids For ‘Fat Shaming’ Her