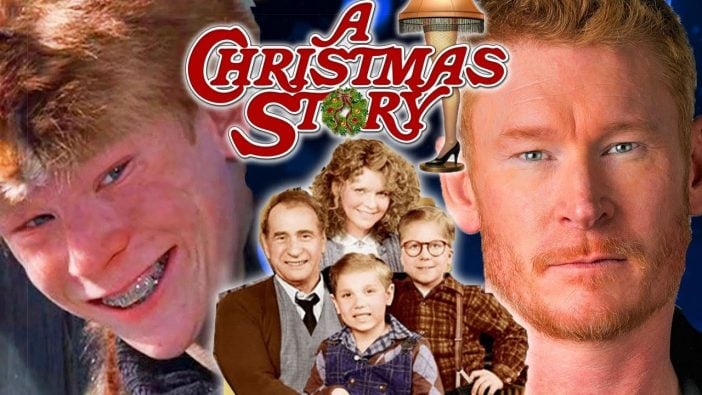 If you can remember what it was like to want a Red Ryder BB gun for Christmas, then A Christmas Story was for you! It’s a classic tale of a young boy who is constantly told that getting one means that he’ll “poke his eye out.”  It was also filled with bullies, a visit with Santa, and getting bundled up for a cold day outside. And it’s getting a sequel!

Let’s take a look back at these fantastic characters and see what the A Christmas Story cast is up to now.

A Christmas Story actually provides a few vignettes, each different but connected by Ralphie’s ongoing quest for his dream Christmas present. At the end of the day, Ralphie learns some important lessons about wishes. Sort of. And what about everyone else? Find out here.

Holidays mean basking in memories and, in fact, Ralphie Parker’s memories drive the whole movie. As he unravels this tapestry of Christmas stories, Ralphie introduces us to an ambitious and relatable kid with one big gift on his wish list: a Red Ryder bb gun. Along the way, he faced bullies, unwise dares, Scary Santas, and some very colorful language.

RELATED: Ralphie From ‘A Christmas Story’ Is In ‘Elf’ And No One Noticed Until Now

Peter Billingsley won the role of Ralphie against 8,000 other hopefuls. Producers felt comfortable with their choice thanks to Billingsley’s performance opposite Burt Reynolds in Paternity just two years beforehand. Yes, according to Mr. Parker, Billingsley looked like “a deranged Easter Bunny,” but that humiliation didn’t kick him out of Hollywood. In fact, he’s done a bit of it all: Marvel fans can thank him for his work as a producer for Iron Man. He performed a similar role for The Break-Up. He also directed Couples Retreat in 2009 starring Vince Vaughn.

Of course, when you help create one of the most-played Christmas movies, you become synonymous with the genre. So, years later, Billingsley also worked on Elf starring Will Ferrell and played a ticket agent in Four Christmases. He also be returning as an adult Ralphie in the sequel to A Christmas Story. That makes for one fudging good resume!

Ralphie’s little brother Randy’s forever remembered for getting bundled up in so much winter clothing that he couldn’t put his arms down. Many viewers have been there or had to prepare their own kids for the winter chill in a similar way. And his mom couldn’t even count on warming him up with food, because that required pig impersonations!

Thanks to joining the A Christmas Story cast, Ian Petrella became a child actor when he was just eight. After that, he tapped into a surprise passion for puppetry and later became a puppeteer and an animator. Despite the slower pace, he stays in touch with his festive roots. Petrella’s quoted as feeling pleasantly surprised the film’s endured as long as it has and honored it by donating to the museum modeled after the Parker home. Not only does he attend screenings of the movie upon request, but he also lived in that museum for a while as a tour guide.

In this corner stands a broke furnace. In the other corner we have Old Man Mr. Parker, wielding a prized table lamp in the shape of seductive woman’s leg. But he also has absolutely no love for the neighbor’s dogs, which, if a pack of canines ruined your big Christmas dinner, is understandable.

Many of Ralphie’s Christmastime memories center around his father’s harsh, comedic antics. Yes, Darren McGavin brought his trademark gruff attitude to the cast of A Christmas Story, but The Old Man could actually be surprising, such as caving in and getting Ralphie the ever-dangerous BB gun. But the sailor-mouthed actor broke his gruff acting mold other times as well, most notably playing Adam Sandler’s tough but very amusing dad in Billy Maddison.

Even before this timeless holiday special, McGavin earned fame as Oliver Spencer in the Six Million Dollar Man. Additionally, McGavin also played the iconic supernatural-hunting reporter Carl Kolchak in the Night Stalker series, which fans consider the role he was born to play. Even though he died in 2006 at age 83, his influence carries on thanks to Kolchak, which inspired Buffy the Vampire Slayer and Men in Black.

This hardworking mom won’t tolerate any foul language from her boys and won’t hesitate to wash their mouths out with soap. But if her kids need to get even with some bullies? That’s understandable. Melinda Dillon played Mrs. Parker, Ralphie and Randy’s mom, and her role was pretty ordinary as far as moms go and yet, she played it so perfectly. When not smashing novelty leg lamps, Dillon also appeared in Close Encounters of the Third Kind, which netted her one of her two Oscar nominations. The other came from Absence of Malice. She later appeared in films like Harry and the Henderson, Magnolia, and Reign Over Me. In the former, she proved an excellent presence in comedies, even when facing eight-foot-tall hairy monsters.

After a very powerful career, she’s retired in 2007. Her last gig came from three episodes of Heartland. Hopefully, she’s taking it easy, watching the snow fall.

When confronted with a triple dog dare, Flick didn’t dare refuse. Until help arrived, it looked like Flick’s tongue might end up stuck on a frozen pole for good. To create that tense, goofy scene, writer-producer-director Bob Clark used a hidden suction tube to safely create the illusion that his tongue had frozen to the metal.

A Christmas Story ended up one of actor Scott Schwartz’s biggest roles, but he did land some other work such as 1982’s The Toy. But after struggling to find gigs in the early 90s, he actually started working in the adult film industry. Most of his roles weren’t sexual, though some certainly were, and this carried on until the 2000s. Finally, he decided to try a more serious form of acting again to modest success.

Ralphie Parker’s friend Schwartz, not to be confused with Flick’s Scott Swartz, stuck with Ralphie through all of Scut Farkus’s bullying, but he also caused a bit of trouble with that triple dog dare. Though, he must have had some kind of a reputation if parents can believe he taught Ralphie how to swear so foully. Thankfully he didn’t go blind from soap poisoning like everyone feared.

R.D. Robb played Schwartz and he led a humble but busy acting career that put him in a bit of everything. He appeared in The Brady Bunch Movie, where he can be seen kissing Marcia Brady in 1995. He also appeared in Matilda and directed Don’s Plum. which starred Leonardo DiCaprio and Tobey Maguire. But Spidey and Jack from Titanic reportedly sued to prevent the movie’s distribution. So, seeing it requires an email and deep digging.

Now in his late forties, he sticks mostly to acting and appeared in three episodes of The Goldbergs and he was executive producer on Siren.

Every hero needs a rival. For Ralphie and his crew, that was Scut Farkus. When a weirdly condescending Santa wasn’t shoving him down slides, Ralphie was shoved by Farkus. He and his buddy Grover loved tormenting their neighbors, but Ralphie would get the last laugh.

Canadian actor Zack Ward almost ended up cast as the sidekick bully instead of playing Farkus. However, when he and his buddy showed up on set and began rehearsal, they had their roles swapped. Out of all the child actors from the A Christmas Story cast Ward saw some of the highest levels of success. And he went on to share that success with high schoolers in the form of advice by telling them to fail. His full advice is, “You don’t fail. You succeed in finding out what doesn’t work.”

He went on to work in Almost Famous, Freddy vs. Jason, and Postal. Additionally, he became a series regular on the show Titus, and at 51 his most recent credit comes from the Steven Seagal movie Beyond the Law. He’s come very far since joining the cast of A Christmas Story.

The legacy of ‘A Christmas Story and its Cast’

Quickly after the movie’s debut, the cast of A Christmas Story helped make this unique, quirky film a holiday classic. In fact, cable networks TBS and TNT both play the movie 24 hours straight. Turning the TV on around Christmas, it’s almost impossible to avoid even just flipping by this film.

Not only did the film give birth to a yearly marathon, but it also drew interest towards the famous BB gun. In fact, retailer Daisy Outdoor Products boasted that it sells a replica, made famous thanks to the movie. Furthermore, the museum house modeled after the Parker home also houses the famous “major award.”

The film’s sequel, A Christmas Story Christmas, is currently in production.

And you better believe this Story made our Countdown of Best Christmas Flicks:

Click for next Article
Previous article: Check Out This Kindergartner’s Hilarious Response To Math Assignment
Next Post: Seemingly Simple ‘Wheel Of Fortune’ Answer Has Everyone Tongue-Tied