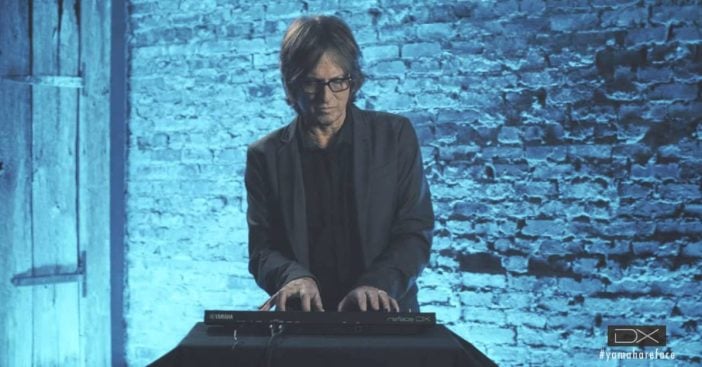 Musician Brett Tuggle died on June 19. News of his passing was confirmed by his son Matt, who said, “His family was with him throughout the entire time of his illness.” The cause of death has been attributed to complications from cancer. He was 70 years old.

He was the keyboardist for Fleetwood Mac for twenty years during what’s classified as their reunion era. In the ’80s, he was a founding member of the David Lee Roth Band. Even when members of Fleetwood Mac did their own projects, Tuggle worked with the band and its individual members for their gigs.

The musical rise of Brett Tuggle, musician and songwriter

Tuggle was born in the early ’50s and started playing the piano all around his native Denver, Colorado. He developed his reputation for something of a wanderer early on, traveling from Texas, back to Colorado, then to California, all to nurture his musical talent and presence. He fell into the Fleetwood Mac radar through their Zoo project in ’92. He would stay attached to the band from then on, and from 1997 to 2017, the years were marked with extensive touring. In fact, he played keyboard in all their tours throughout those years.

He also established ties with Rick Springfield and by ’82 played with him. During David Lee Roth’s years after Van Halen, and fans can thank him in part for “Just Like Paradise,” which he co-wrote with Roth. All these gigs allowed Tuggle to cultivate a lot of connections with fellow music icons, and this week they are mourning his passing and celebrating his work.

Colleagues honor his life and legacy

The day news of Tuggle’s death broke, Springfield took to social media to honor him. “Our sweet Brett Tuggle made it home tonight,” he wrote. “God bless his beautiful spirit.” By time of writing, the official Twitter page of Fleetwood Mac last made an unrelated post on June 18, so fans are awaiting how the band might respond to this loss.

Tuggle was dismissed from Fleetwood Mac in 2018. Tuggle believed it was because Stevie Nicks thought Tuggle was too close to Lindsey Buckingham, who himself had been fired. The keyboardist got to tour with Buckingham in 2021 but by April was not present. During a concert in which Tuggle was absent, Buckingham informed guests, “Mr. Brett Tuggle is having a little bit of a health problem. Hopefully he’ll be back for the next show, whatever it takes. We missed him tonight.” In his recent announcement, Tuggle’s son Matt said “He was loved by his family so much,” and concluded, “He gave me music in my life.”