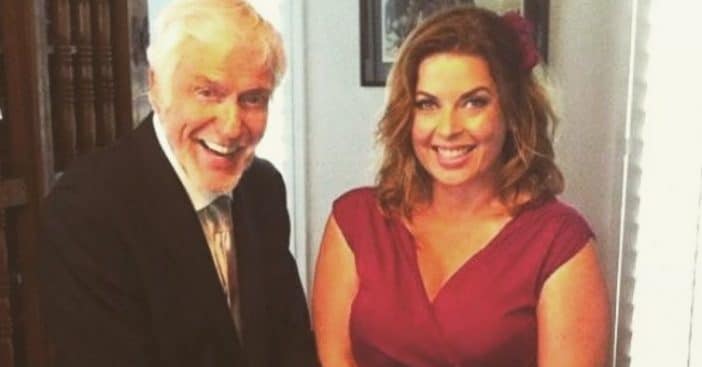 Back in February 2012, Dick Van Dyke married Arlene Silver, his wife of 10 years. Van Dyke is currently 96 and Silver is 50. When they got married, they were around 84 and 40 respectively. This age difference has caused some heads to turn, which in turn prompted a simple response from Silver.

Before their 2012 marriage, Silver met the Mary Poppins star six years before then. What followed immediately after was friendship for some time before it evolved into anything romantic and reportedly took them both by surprise.

Arlene Silver first met Dick Van Dyke while she was working as a makeup artist for what was reportedly the 2006 SAG Awards. “I remember seeing Dick at the catering table with his bow tie and his big smile,” Silver recalled of that first meeting. Right when I sat down, he was sitting next to me. He said, ‘Hi, I’m Dick.’ The first thing I asked him was, ‘Weren’t you in Mary Poppins?’”

RELATED: Learn More About Dick Van Dyke’s Four Children — They Are All Actors, Too!

“I didn’t really realize how powerful the relationship was becoming,” she went on, recounting that friendship came fast while romance blossomed slower. “I would come over, but I didn’t want to bother him I guess. He gets so many people around him that I didn’t want to be intrusive, so I would just say, “I’ll come over after work and we’ll have dinner,” and it turns out he was looking forward to it the whole day.”

The couple defines their love by its strength, not age

#DickVanDyke was recognized at this year's #KennedyCenterHonors, which airs tonight on CBS. The woman on his arm is wife Arlene Silver, a makeup artist he first met at the SAG Awards in 2006. She calls their romance a fairytale: https://t.co/pfHwRMaGJA@HeavySan #entertainment pic.twitter.com/gzbtgyYtEt

Van Dyke has been quoted saying that marrying Silver was “one of the smartest moves I ever made,” confirming he’s consistently had all his marbles about him as he likes to insist. “She’s very mature for her age,” he shared in 2013, “and I’m very immature for my age, so it’s just about right!”

“I haven’t been married before so it’s wonderful. He’s the perfect human being, but he’s also the perfect partner,” Silver readily echoes the sentiment, adding, “I went through a lot of frogs to get my prince.” At one point, the couple planned a show based around their own marriage and life, though no news has since surfaced about it. Silver did discuss it, however, in terms of their relationship, sharing, “It originally revolved around Dick’s life, but then I’m so much a part of his life it seems like it’s becoming sort of a portrait of an unusual relationship and how well it works… just that love is ageless.”