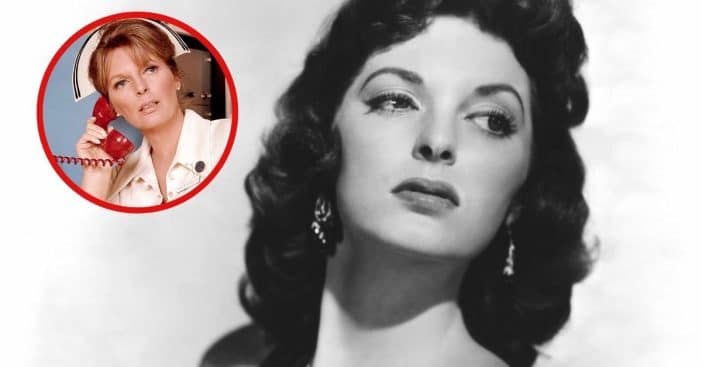 The very presence of Dixie McCall, R.N., was enough to soothe ailing patients and viewers alike on the medical action drama Emergency! Julie London played the head nurse for 126 episodes following a diverse career on-screen and over the airwaves. But what became of London after the series ended?

Surprisingly, though London would become a star of multiple types of performing arts, she herself was actually rather shy. London was born as Julie Peck on September 26, 1926. A native Californian, London was exposed right away to music and dance thanks to her parents who made up a vaudeville team. By the age of three, London was singing on her parents’ radio program. Despite this early debut and the constant immersion in the world of performance, London was already described as reclusive and even low on self-confidence. Even so, she powered through and continued performing and supplemented her skills with related education before working side jobs as she sought out work in the spotlight. Turns out working as an elevator operator elevated her own career as well as visitors needing a lift.

By 1944, Julie London was becoming both known for her vocals and her acting, though since she primarily occupied smaller roles, she was still most famous as a singer. Her natural beauty also earned her photoshoots and she became a pin-up girl during World War II. Her first lead role came with William Castle’s 1951 film, The Fat Man. By this point, she was also married to producer, director, and screenwriter Jack Webb, a prolific figure in the industry. At first, rather than letting personal and professional life knot together, London actually stepped back from work to focus on her marriage with Webb. However, by 1954, the two ended up divorced.

By the 1960s, London was steadily balancing her music career with her acting, which would lead to several spots on television shows, including The Big Valley, Laramie, and I, Spy. She also had several albums under her belt such as Julie…At Home, Love Letters, and All Through the Night, to name just a few; she recorded 32 albums throughout her career. Julie Is Her Name sold over three million copies, along with the accompanying single “Cry Me a River.”

That separation between her work and private life blurred since she remained on good terms with her ex Webb, and in 1972 he recruited her to play Dixie McCall. London would be the only actress to appear in every episode of the medical drama. Webb extended more invitations to London, such as a spot on two of the TV specials and a job as executive producer for upcoming projects. However, she once again wished to focus on her personal life, especially to be with her family more. As a result, Emergency! would be her last on-screen project.

By 1959, London was married to Bobby Troup, an actor as well as singer and musician, not too different from London. While London’s specialization was her “sultry” contralto voice, Troup often played jazz, a style London did incorporate into her own musical work, which continued after she stepped away from television. She compiled a recording of “My Funny Valentine” for the 1981 Burt Reynolds film Sharky’s Machine; this ended up being her final musical recording.

This couple, united in part by jazz, also started a family; London was the mother of five children. Her first two, daughters Stacy and Lisa, were with her first husband Webb. Then, with Troup, she had daughter Kelly and sons Jody and Reese. Never one for a lot of attention if she could help it, London chose to spend time with her family and quietly retire in 1981. She did not participate in publicity events or interviews and did not discuss the circumstances behind her divorce from Webb. Sadly, London’s daughter Stacy predeceased her in 1996, as did Troup in 1999.

Part of her musical appeal came from her unique voice, which she herself called “oversmoked.” It was, indeed, at least partly the result of chainsmoking since she was 16. Sadly, this would also be London’s undoing, as in 1999, she was diagnosed with lung cancer and refused medical treatment, as she was already weakened. After each breath was rendered a huge battle, Julie London died on October 18, 2000, at the age of 74 after forging a musical and medical legacy that endures to this day. Rest in peace.