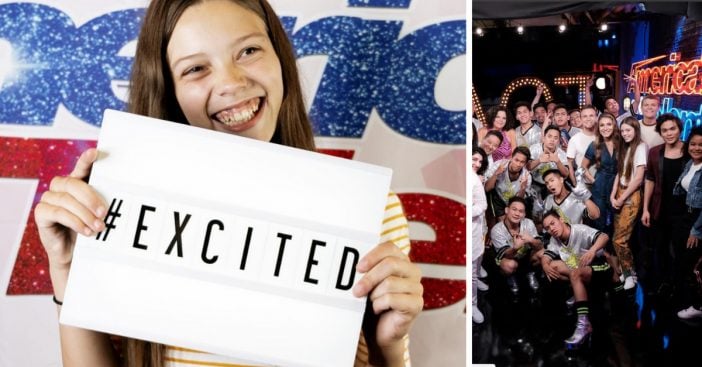 America’s Got Talent (AGT) fans are getting a little upset this season. First, it was because mainly singers are going through on this show built for many unique acts. Now, it is because AGT and their performers have not been very transparent about their past on television.

For example, Courtney Hadwin, a 14-year-old singer, has floored everyone with her unique sound and interesting dance moves. The judges and audience really seem to love her and she evokes a Janis Joplin type of musical style.

In her backstory, they show that Courtney grew up in a small town in England and is very shy at school. However, they don’t mention at all that she competed last year in The Voice Kids UK. She managed to land in the top six of that show. She also performed as a young Cosette in Les Misérables.

It should also be noted that Simon Cowell himself was a judge on The Voice Kids UK. Fans aren’t necessarily upset that she had these experiences, just that AGT seems to want to cover them up. Several other acts such as The Sacred Riana have already been on other shows as well. It seems strange that the judges know these acts but act as if they have never seen them before.

Courtney’s grandfather addressed the issue and said that the U.K. doesn’t really get her and her voice, but he is confident that she will do well in the United States.

There aren’t any rules that candidates cannot have appeared on other shows before AGT. So Courtney and AGT aren’t breaking any rules. Fans would just like the show to be more transparent. In the days of the internet, fans can easily find previous performances of the candidates.

What do you think? Do you think AGT should let the fans know that some of the candidates have appeared on other competition shows?

Watch the show as it enters into the live shows and results episodes on Tuesdays and Wednesdays on NBC at 8 p.m. ET.

If you enjoyed this article, please SHARE with your friends who watch AGT and ask for their opinion!