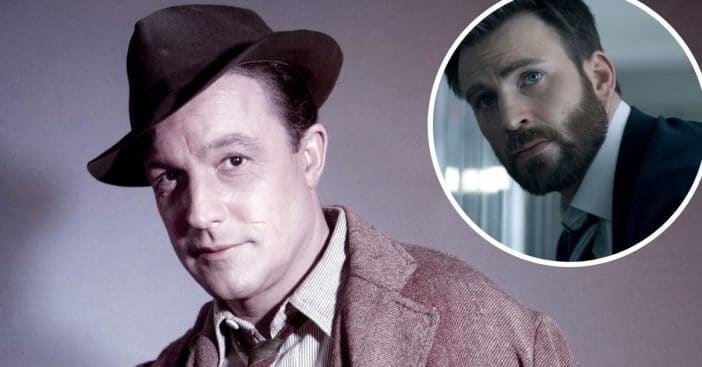 Reportedly a film is in the works by filmmaker John Logan (writer of, among other films, Gladiator and the James Bond adventure Skyfall) about actor/dancer Gene Kelly. An insider shares that the film would center around a young boy who works on the MGM lot in the ‘50s and finds an imaginary friend in Gene. Actor Chris Evans, best known as Captain America in the Marvel Cinematic Universe and acclaimed for his performance in the Apple+ series Defending Jacob, may be in talks to play Gene in the film.

Gene’s daughter, Kerry Novick, was asked about her thoughts on the casting of Chris as her late father. She said, “I don’t have any information about this proposed film, so I can’t really comment. It does occur to me, though, that, if they are trying to imagine a kid’s perspective on my father, there are three of us who are his kids who might have something to contribute to that!”

RELATED: Aaron Sorkin Says Lucille Ball’s Daughter Told Him To ‘Take The Gloves Off’ In Biopic

Kerry did not follow acting like her father, but became an author and a child, adolescent and adult psychoanalyst. She once said that her father was very devoted and tried to teach her to dance when she was little. That being said, her lack of interest in practicing led to the end of those lessons.

She added, “He was also grateful that people continued to value his work, especially towards the end of his life. At one point he told me, ‘I just want to make people happy.’ I think he succeeded. His films teach us the joy of creative expression. It’s not entirely plausible for people to walk down the street and suddenly burst into song and dance. But the idea that this lives inside of us is, I think, a powerful reason why we still love his films.”

Only time will tell if this project comes to fruition and if Chris Evan is indeed cast as Gene Kelly in the film.