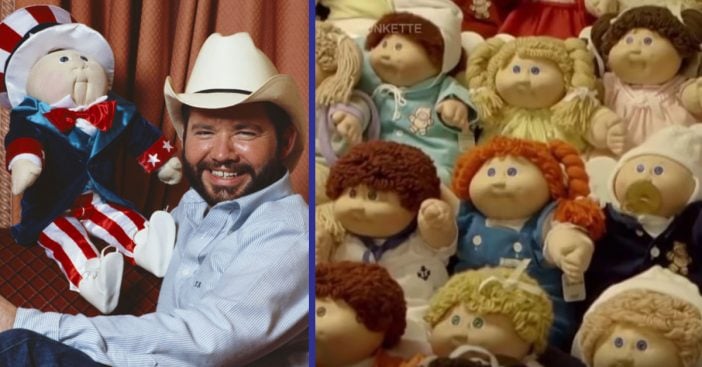 Across the years, many items pop up as icons for a certain era. Such trends became the result of multiple factors, from social movements to what items were available at the time. For instance, in the first case different styles of jeans represented which counterculture movement a person may support. Other times, before compact music players were even dreamed of, large boom boxes provided the rhythms dancers sought. The ’80s boasted many iconic features that transcended many areas, from fashion to entertainment. One popular trend included having Cabbage Patch Kids.

Americans love choices. High variety allows consumers to make truly personalized selections. This was part of the appeal behind Cabbage Patch Kids, which came in many, many types. Their popularity even seeped into later decades, and they can still be purchased today. Over the years, more and more iterations sprang up, and their website boasts a colorful way to “find your baby.” But to understand where we are now, we must look back at where this all started.

Late in the 1970s Xavier Roberts began selling a line of sculpted dolls registered in the United States copyright office as “The Little People.” In 1982, the dolls received the name we know them by: Cabbage Patch Kids. This same year, they went into mass production and distribution. Anyone who sees Cabbage Patch Kids immediately notes how colorful and varied they all are. This design was an inevitable feature, spurred by Roberts’ background as an art student.

Related: Grandfather With Vitiligo Knits Dolls For Children With The Same Disease

Roberts instilled a sense of life into the dolls he made. Using quilting techniques, he told customers they were not buying, but rather adopting his “Little People.” Any money paid simply became an adoption fee. Owners also proudly received an adoption certificate. Roberts sold these at arts and crafts shows, then later at a toy store that had once been a medical facility.

That is the story researchers unearth, anyway. But any young doll enthusiasts will be told a different version. Every Cabbatch Patch Kids product features a blurb telling how a young Roberts first “discovered” the kids by following a magical bee to a patch of cabbages. This whimsical bee pollinates those vegetables and from them spring Cabbage Patch Kids!

From that point on, Cabbage Patch Kids embraced a very varied product line. Different skin tones and eye color, hairstyles and sizes became available. On a technical level, they also gained the ability to talk to one another, drink from a spoon, and make requests. Inside, all sorts of sensors, magnets, and microphones worked together to create such lifelike effects. To a proud Cabbage Patch Kid parent, their babies simply showed new ways of being adorable.

And so the Cabbage Patch craze commenced

Holidays play a big impact on how well items sell. And throughout the ’80s Cabbage Patch Kids became absolute must-haves in any household with kids. Some of this, again, traces to the freedom and variety offered to the owners of this doll. So many different ones existed, that getting the same kind as a friend was unlikely. Then came the naming, which allowed excited children to share the name of their newly adopted baby.

Because of how timelessly entertaining, engaging, and popular these dolls became, they became part of a standard American household. This also meant parents needed to be creative when obtaining one. To this day, people recall how their parent, grandparent, and the like waited in line starting in the early hours of the morning to secure one for under the Christmas tree. The enthusiasm that greeted these dolls came to match those by particularly avid Black Friday shoppers. In fact, some of the biggest examples of shopping mayhem came from the rush to secure a Cabbage Patch Kid. Even children worked hard to secure one, going through some impressive networking to call a guy who knows a guy, all to adopt a new Cabbage Patch Kid. This is despite the fact that getting these dolls could be dangerous for shoppers and owners alike.

Today, we see America still loves these soft, round, colorful dolls. Not only do we see Cabbage Patch Kids still selling well among children – and among the nostalgic – but the same trends from these dolls are well-received among other products. American Girl Dolls allow for customization and variety in the products they wear. Meanwhile, Build-a-Bear has many parallels to Cabbage Patch Kids. Like the stuffed animal giant, Cabbage Patch Kids come with a ritual for new “parents” to follow. It includes a vow: “I promise to love my Cabbage Patch Kid with all my heart. I promise to be a good and kind parent. I will always remember how special my Cabbage Patch Kid is to me.”

Cabbage Patch Kids derived their success from the genius of their production. Their simple designs combined well with countless combinations of appearances. And as their time on the market increased, so too did the things they could do. All the fancy gadgetry, adorable plump faces, and simple elegance made these dolls exactly what they needed to be. For children, they were an easy, fun escape that gave them a sense of satisfaction when they successfully took care of this soft, little soul. They could feel like their parents while also still feeling like kids. That truly makes Cabbage Patch Kids timeless pieces from the ’80s.