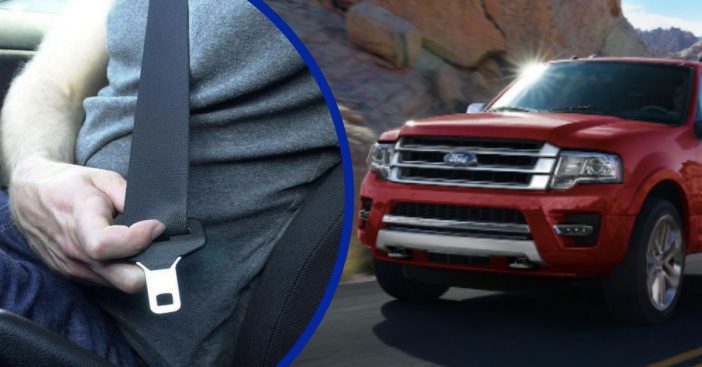 Following the announcements of several other Ford recalls in the past, another recall has just been issued. This recall is for more than 550,000 SUVs and trucks, including the F-150, Explorer, and Expedition. This is due to the seat-backs in those specific vehicles not properly restraining people should there be some sort of accident or crash.

Ford says that they don’t know of any injuries caused because of this issue. However, there is still an issue concerning enough to cause a recall.

A list of the car models in these Ford recalls

The specific Ford models that have been affected by this recall are as follows:

Why this issue can pose a serious safety hazard

According to Digital Trends, “The concern is that the trucks might not have a third pawl for seat strength, due to an improperly-assembled recliner mechanism.” The company says that a faulty mechanism may not restrain an occupant well enough in a car accident or crash. This increase the risk of injury during an accident when the vehicle is in motion.

483,325 vehicles in the United States and federal territories are affected by the recall. This also includes 58,712 in Canada and 8,149 in Mexico.

A full graphic below explains all the different areas to find the VIN on your car.

What YOU Can Do

If it just so happens that you have a vehicle that’s part of the recall, you may return your car to the dealer. Alternatively, you can keep your current car and get a new replacement of the seat structure free of charge.

This is not the first time Ford has made a recall. Recently, a recall was issued for 1.3 million Explorer and F-150 vehicles. 1.2 million of the SUVs made between 2010 and 2017 were also part of a recall.

Check out these hilarious advertisement fails on vehicles that will give you the laugh you need today!