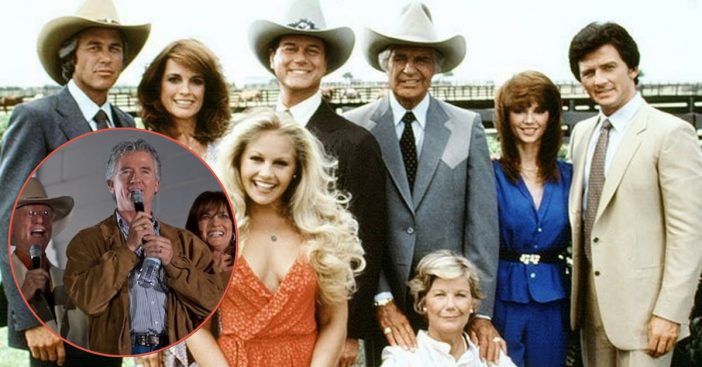 J.R. Ewing became the show’s breakout character and his scheming and mischievous business became a successful trademark for the show. Dallas also had a spinoff series called Knots Landing in 1979 which lasted 14 seasons. A revival of the Dallas series also came about in 2012 and ran for 3 seasons. Do you remember the original Dallas cast? Let’s take a look!

Larry Hagman played the breakout character role of J.R. Ewing. He became the hit of summer 1980 when “Who Shot J.R.?” aired and sparked controversy, debate, and conspiracy all throughout the country. Hagman was the only actor to appear in all 357 episodes of Dallas. He, unfortunately, died a few months after the revival show aired in 2012.

Patrick Duffy played the brother of J.R., Bobby Ewing. He was successful just like his father and brother in the oil business, but lacked J.R.’s villainous ideologies and insisted on a fair game all around. Duffy went onto play several more roles on other TV shows like Step by Step. He starred in the Hallmark Channel movie, The Christmas Cure, in 2017.

Linda Gray played the role of Sue Ellen, who was also the wife of J.R. Ewing. After Dallas, Gray starred in many other TV shows and TV movies such as the British drama Lovejoy. She returned to soap operas in 2004 for The Bold and the Beautiful. She did, in fact, return for the Dallas reboot in 2012-14. She will be starring in the upcoming drama Prescience which is set for release to theatres in 2019.

Victoria Principal played the role of Pamela Barnes Ewing. This character was most notable for constantly battling the other Ewings of the family, namely J.R., and confronting a numerous amount of issues like infidelity, death, and miscarriage. After Dallas, Principal went onto star in other TV movies for several years before returning to soap operas in the 2000s. In 1989, she created a line of skin care products called The Principal Secret and in 2011 became a best-selling author for writing books about skincare and health.

Ken Kercheval played one of J.R.’s worst enemies and, specifically, his personal nemesis, Cliff Barnes. Throughout the series, Barnes was never suitable for the cutthroat oil business, but takes over the Ewing Oil company in the final season, finally beating J.R. at his own game. Kercheval appeared in the reunion movie I Still Dream of Jeannie in 1991 and has collected over 30 starring roles since 1967. He’s currently 83 years old and still going!

Charlene Tilton (one of our 50 Fabulous Stars of the 1970s) played the role of J.R. Ewing’s niece, Lucy Ewing. Tilton played several roles in some spoof movies such as The Silence of the Hams (1994), Superhero Movie (2008), and Paranormal Calamity (2010). More recently, she starred in the 2017 film Vengeance: A Love Story with Nicolas Cage.

Do you remember these faces from the Dallas cast? Be sure to SHARE this article if you do! Let us know in the comments which character was your favorite – we want to hear from you!