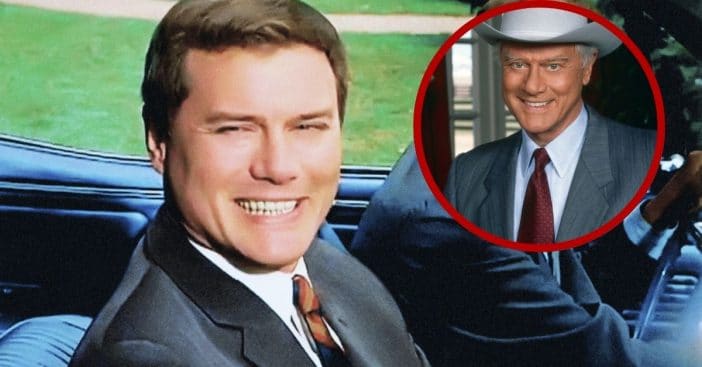 Audiences and genies owe a lot to Tony Nelson, the unsuspecting astronaut who experienced his greatest adventures not in space but on Earth. There, he met Jeannie and gave viewers a fun, humorous show to follow for five seasons. While Nelson got up to all sorts of excitement, his actor, Larry Hagman, did just the same. What exactly did that entail after I Dream of Jeannie?

Even before finding a magic lamp, Larry Hagman was familiar with magical women. He was born on September 21, 1931 to Mary Martin, a future star of the Broadway stages. In fact, during her career, she won a Tony Award for her Peter Pan in 1954. Hagman’s own career began in 1957; he ended up appearing three times on Lloyd Bridges’ hit show Sea Hunt. But it was 1964, in particular, that proved a very fruitful year for Hagman. He acted alongside a young Jack Nicholson in Ensign Pulver, then with Henry Fonda in Fail-Safe. Then, he struck gold, allowing his career to rocket – literally – by joining the cast of I Dream of Jeannie.

Tony Nelson the astronaut and J.R. Ewing the oil baron

Unfortunately, even genie magic couldn’t keep things running smoothly. Overall, I Dream of Jeannie did very well even in its first year against steep competition, and Hagman’s Tony Nelson proved an important part. However, behind-the-scenes, he wrestled with severe alcoholism. While Nelson was good-natured and admirable, alcohol abuse turned Hagman sour and unpleasant. The two became difficult to differentiate. Barbara Eden stepped up on his behalf and fought hard to keep him among the cast.

After Jeannie, part of his job included channeling all manner of unpleasant qualities. In fact, asking who Larry Hagman is yields different answers depending on who’s asked. Some cite him as the goofy astronaut, but others know him as the hated J.R. Ewing of Dallas fame. Ewing ended up a part of one of the biggest cliffhangers in the world that had world leaders and royalty debating. Before there was “who will win the Iron Throne?” there was “who shot J.R. Ewing?”

What did Larry Hagman died of?

Hagman stayed busy as Ewing, becoming the only actor to appear in all 357 episodes of Dallas. As a result, he missed the TV movie for Jeannie with his former colleague Barbara Eden. Between this and multiple additional gigs, Hagman also released a single, Ballad of a Good Luck Charm. His filmography also came to include movies, including Fail-Safe, Harry and Tonto, S.O.B., Nixon and Primary Colors.

Hagman was not without his share of health problems. He required a liver transplant that saved his life in 1995. Sadly, though, Hagman himself noted, Ewing could get away with bribery, blackmail, and adultery. “But I got caught by cancer,” he admitted, and in 2012, he died at the age of 81. Rest in peace, Captain Tony Nelson.