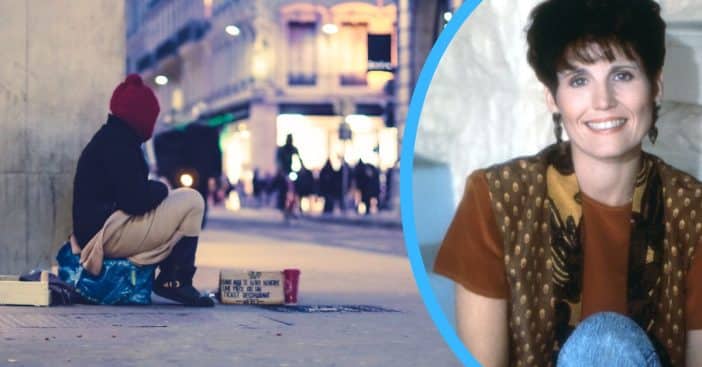 Lucie Arnaz, the daughter of the late sitcom stars Lucille Ball and Desi Arnaz, is addressing the homeless crisis in California. A 2020 study found that 161,548 people were experiencing homelessness in the Golden State. Lucie is raising awareness of this statistic while also partnering with organizations aiming to secure change.

To achieve these goals, Lucie is working with Doors of Change, a nonprofit dedicated to “transforming the lives of homeless youth, one young person at a time” since 2001, per its website. Its cause is far-reaching, addressing the needs of millions of homeless youth around the U.S., and Lucie, 71, wants to make supporting them a family affair.

“I’ve been thinking about this very big problem – homelessness in America,” Lucie shared. “I’ve been wanting to do something for a long time. I even had an idea of something that I could do, and I was going to ask my son to help me, but I just didn’t feel like I was equipped to begin from scratch, you know, reinvent the wheel.” In terms of recruiting family members, Lucie has three sons with actor Laurence Luckinbill; they are Simon, Joseph and Katharine. “So I procrastinated thinking about it,” Lucie went on. “But my father used to say, ‘There must be a way,’ and you put that out there in the universe. I wanted to get involved. And the universe was like, ‘I’m on it.'”

In terms of philanthropy, her parents were revolutionary in their own ways. Desi was a devoted patriot after his family sought safety in the U.S. following fiery upheaval in his native Cuba; he even refused to do television scenes that implied cheating on his taxes. Meanwhile, Ball redefined and broke down barriers for women. Though their personal lives were unsteady, the two led by example and that is exactly what Lucie says she intends on doing in a hands-on way. Lucie is aware of the risk of scrutiny she may face, being a Hollywood elite, but assures she “realized how incredibly lucky I have been to have had a roof over my head, people who took care of me and let me grow up in a home,” and calls herself “one of the lucky ones.”

Turning a negative into a positive

Initially, Lucie saw her platform as a restrictive force. “Like other kids, I wanted to do something bad, but you can’t because you are a mark,” Lucie said of her place in the spotlight by sheer association, using the title of “mark” that her mother had once used. “Your name is out there and people will say, ‘That’s the daughter of so-and-so.’ Therefore, I’m very careful about what I do, what I get involved in.” After caution, though, encouragement has followed. “But if you can make a difference, to encourage other people to help, then it’s a good thing. I look at that now and say, ‘That’s a blessing.'”

Lucie resides in California, which is contending with a homeless crisis, but she emphasizes that this problem “is everywhere.” She adds, “Especially during the winter time, a lot of homeless people come to this area because it’s a safer place to be homeless than a lot of other places in the country.” However, even this draw has its downside; the extreme heat forces the homeless – including kids and teens – to take shelter under little more than plastic bags. That problem is all too personal for Lucie, who has sons who had been on the street. She knows that she alone won’t fix everything since “There’s just so much to fix on our planet right now,” but Lucie believes “It’s important for me to use my voice, to help people make an attempt to do something.”

Click for next Article
Previous article: Olivia Newton-John’s Key To Success Before She Died, Plus Her Net Worth, & More
Next Post: This Season’s ‘Celebrity Jeopardy!’ Contestants Have Been Confirmed