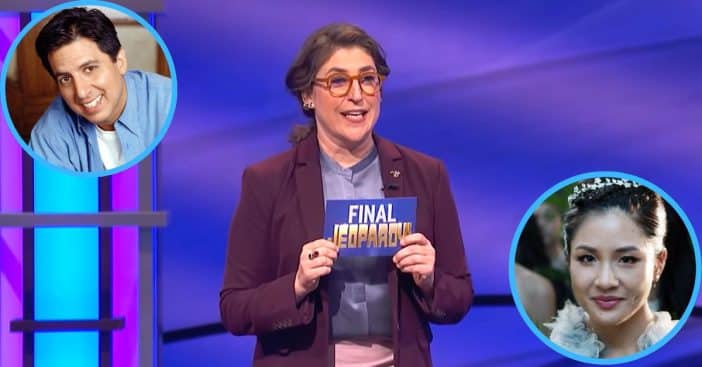 Across its 38-season run, Jeopardy! has seen several creative and technical changes. In addition to the recent Tournament of Champions, to be hosted this year by Ken Jennings, it also boasts the first Celebrity Jeopardy! version of the show that has pop culture icons competing for that grand prize. For the upcoming fall 2022 season, ABC has announced some big names.

This season’s lineup is a mixed bag from different areas, from entertainment to sports, though the list is skewed to include mostly actors. Past contestants include Ed Asner, Ashton Kutcher, Aaron Rodgers, and more. Does this year’s lineup have any names you’re excited about?

Your favorite quiz show has achieved celebrity status! ⭐️ Get ready to see some familiar faces in the very first season of #CelebrityJeopardy! coming September 25 to ABC, and stream on Hulu. pic.twitter.com/yIq9ULvjeJ

The Jeopardy! team has been revealing updates for Celebrity Jeopardy! On August 23, the show’s official Twitter page shared, “Your favorite quiz show has achieved celebrity status! Get ready to see some familiar faces in the very first season of #CelebrityJeopardy! coming September 25 to ABC, and stream on Hulu.” Mayim Bialik will host this special edition while Ken Jennings runs the usual games.

RELATED: Amazingly, ‘Jeopardy!’ Was Considered A Failure Before It Even Made Its Debut (EXCLUSIVE)

What else fans can expect from ‘Jeopardy!’

Jeopardy! also has its Tournament of Champions coming up, which has the best of the best competing against one another. This too is a list of familiar faces that includes Matt Amodio, Amy Schneider, Ryan Long, and Mattea Roach. Not only have these people covered immense ground with unprecedented consecutive victories and staggering prize winnings, but they also broke ground for their age and identity.

Those looking to watch Celebrity Jeopardy! can tune into ABC on Sunday, September 25 at 8 pm EST. As for the Tournament of Champions, Schneider originally estimated a November 2022 release window, but it seems that has narrowed down to October 31, according to TV Insider. Will you be watching?