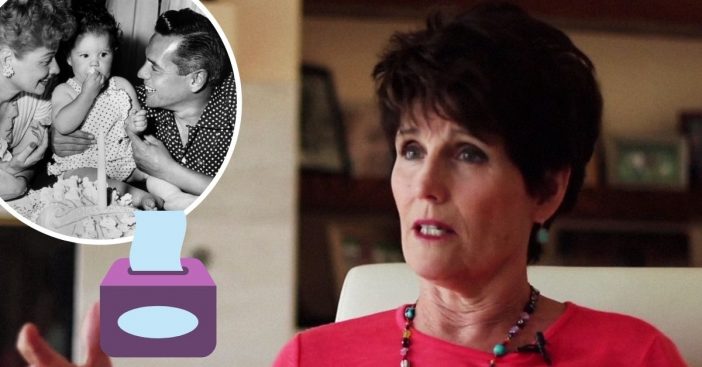 Lucie Arnaz was lucky to grow up with iconic stars Lucille Ball and Desi Arnaz as her parents. They lived in Beverly Hills but Lucie says things were quite different back then. There weren’t big gates and security guards like stars need these days. Lucie described it as a “simple street,” but big names lived on that street including Jack Benny and Jimmy Stewart.

When Lucie was young, she started selling lemonade in front of her home like many kids. However, she was not like most kids because her parents were very famous. This offered a unique business opportunity… selling their used items!

Lucie admits that she would clean out her mother’s garbage and sell some of the items. She said, “We used to sell lemonade and little trinkets in front of the house. I would clean out my room or my mother’s room, on a good day, go through her waste paper basket, you know, sell lipstick pieces of Kleenex. I was actually the first inventor of E-Bay now that I think of it.”

RELATED: Lucie Arnaz Says Her Mother Wasn’t As Silly As Her On-Screen Persona

How funny is that? She did not say if people actually bought used Kleenex, but I can imagine a big fan of I Love Lucy may have. In conclusion, listen to Lucie talk more about growing up in Beverly Hills: