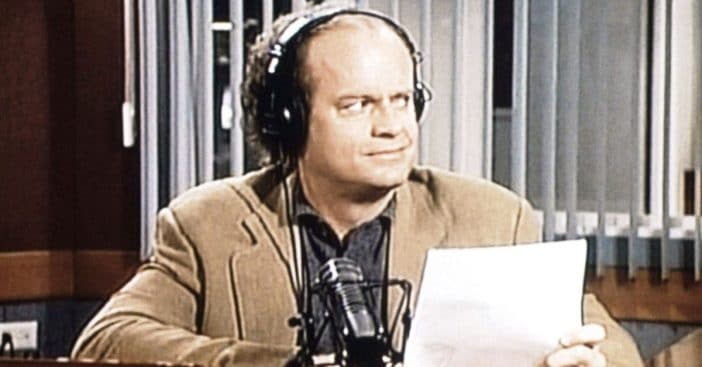 The success of one show led to more enjoyment from new ideas it inspired. Cheers gave fans Frasier, and now Frasier fans are getting a reboot of the NBC sitcom. Returning to the helm is Kelsey Grammer, who shared some exciting updates about where the series is in terms of production.

Grammer has worn the title of Dr. Frasier Krane for some two decades now, beginning in 1984 with Cheers, and continuing through the beloved character’s own spinoff series, which lasted from 1993 to 2004. Paramount+ has a revival in the works set for release this year. Grammer has an update about how the production schedule looks for the show.

Initially, the Frasier revival was expected this year, though Grammer’s production updates might change this timeline. Grammer discussed filming during an appearance in The Talk on Monday. Shooting? There were some conversations about October, maybe a little later,” Grammer revealed. However, he then added, “I don’t know. There are a couple of other things coming up. We’ve developed a couple of other projects that look like they’re going to shoot first.”

RELATED: The Wild Success Of ‘Frasier’ Is Rooted In A Real-Life Tragedy

However, pre-production is still moving along well for the Frasier revival and is looking promising, as Grammer further confirmed they are “in the final stages of the final script for the first episode of the Frasier reboot and it looks pretty good.”

What to expect from the ‘Frasier’ reboot

Frasier saw the titular psychiatrist freshly flown into Chicago for the finale. The series as a whole explored love, marriage, family, and big stages of life like retirement. Just as the original production had its share of twists and turns, the latest Frasier entry will take the good doctor down some surprising paths as well. “He thinks he’s gonna go off and do one thing, and sure enough, his life takes him in another direction,” Grammer teased earlier in the revival’s development. “And he ends up rich beyond his dreams.”

That does not necessarily mean rich in the financial sense exclusively; there will be personal enrichment as well, the kind from meaningful interpersonal relationships and inner growth. Sadly, that may also include addressing some heavy losses, as John Mahoney, who played Frasier’s father, passed away in 2018.

Will you be watching the Frasier revival?

Click for next Article
Previous article: Why Home Economics Should Be Taught In Schools
Next Post: Deserted Childhood Home Of Elvis Presley Up For Auction