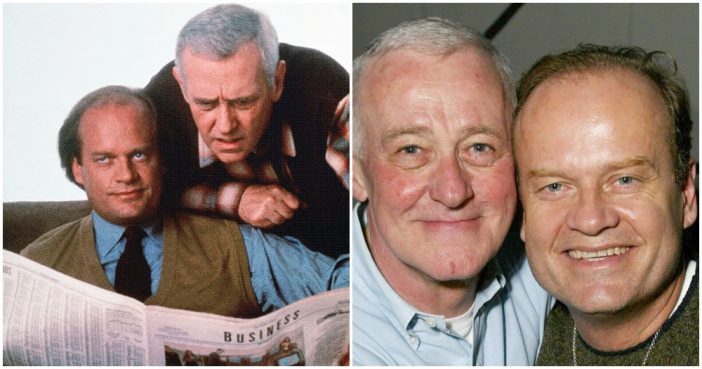 Grammer told “Entertainment Tonight” he “loved” Mahoney, who played his father on the long-running NBC sitcom.

Mahoney died Sunday in Chicago after a brief hospitalization. The cause of his death was not immediately announced.

Mahoney starred as Martin Crane for more than 10 years and received two Emmy and two Golden Globe nominations for his role. Grammer portrayed his son Frasier Crane, a psychiatrist who lived in Seattle. Martin Crane moves in with Fraiser after he is forced to retire as a police detective after being shot in the line of duty. His dog, Eddie, a Jack Russell Terrier, was his best bud.

Mahoney also served in the U.S. military and was an English teacher at Western Illinois University. He was born in Blackpool, England, but moved to the United States and became an American citizen in 1959.

In one of his last interviews before his death, Mahoney spoke with Fox News about his time on “Frasier” and beating cancer twice.

Page Page 1 of 2
Previous article: This Throwback House Hasn’t Been Touched Since The 1970’s And It’s Amazing.
Next Post: What’s Wrong with this Iconic Movie Scene from Star Wars?