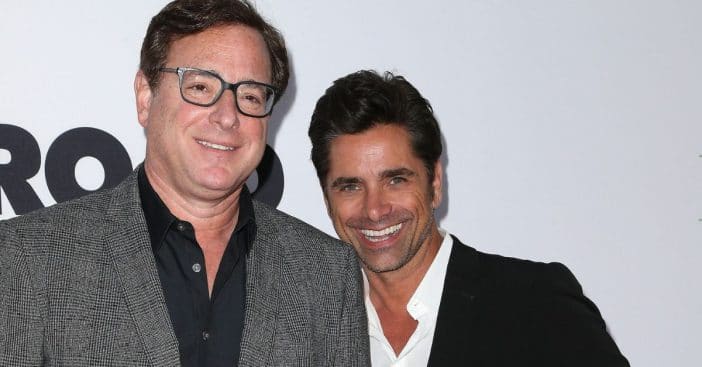 Throughout his 45-year-long career, Bob Saget has appeared on the big screen, on TV, and on stage. So, when the Tony Awards were held on Sunday night, John Stamos was dismayed to learn Saget was not listed in the event’s In Memoriam segment.

Saget’s Broadway credits include The Drowsy Chaperone (2006) and Hand to God (2015). He was also in an off-Broadway production of Privilege in 2005. Radio City Music Hall hosted the first Tony Awards, honoring accomplishments in theater, for the first time since the pandemic on June 12 and Stamos addressed Saget’s omission in a recent tweet.

Disappointed to hear that @bobsaget will be LEFT OUT of the In Memoriam segment tonight @TheTonyawards. Bob was brilliant in The Drowsy Chaperone & Hand to God. Come on @BroadwayLeague and @TheWing ! Do the right thing! Bob loved Broadway and I know the community loved him.

Before the event kicked off on Sunday, Stamos shared a tweet reading, “Disappointed to hear that @bobsaget will be LEFT OUT of the In Memoriam segment tonight @TheTonyawards.” He went on to note, “Bob was brilliant in The Drowsy Chaperone & Hand to God.” Finally, he requested, “Come on @BroadwayLeague and @TheWing ! Do the right thing! Bob loved Broadway and I know the community loved him.” Broadway League is the industry’s national trade association and The Wing refers to the non-profit American Theatre Wing.

In the comments, one user raised a question about who gets covered when; it was then specified that this In Memoriam segment was for people who died between last year’s Tony Awards and this year’s ceremony. Saget died on January 9 of 2022, which would fall within this range.

Bob Saget was still celebrated outside of ‘In Memoriam’ videos

Stamos also took time to honor the event itself, adding, “Let’s make some noise about this everyone – and send our love and good wishes to the hosts @ArianaDeBose, @JulianneHough and my buddy @DarrenCriss and all the well-deserved nominees.” That same Sunday, Stamos attended the Critics Choice Real TV Awards, the fourth of its kind so far. He presented the Impact Award to Saget, accepted by Saget’s widow Kelly Rizzo. “He was one of the pioneers in the reality TV world,” Rizzo said of the original host of America’s Funniest Home Videos. “It’s just so special to be here to honor him, but also still so weird and surreal at the fact that he’s not here. This is the first red carpet I’ve done without him. It’s very strange. I feel like he’s waiting in the wings and he’ll be like, ‘Honey, I’ll be there in a few minutes.’ It still doesn’t feel right, but all we can do is our best and be here to celebrate him and his legacy. That’s all I want to do.”

That legacy is a sweeping one, Stamos noted when he outlined, “As a director, producer, actor, standup comedian, and New York Times bestselling author, Bob was successful in every medium of media. A lot of colleagues … were charmed by his humor, his intelligence, and his open expression of love for family, friends, and his fans. Known as a comedian’s comedian, he was both a family funny guy, and an aristocrat of dirty jokes. The outpouring tributes from the filthiest comments to grandmothers in the Midwest showed just the range of audience that he had adoring him.”

Do you feel the In Memoriam segment should have included Bob Saget?

Click for next Article
Previous article: Why Tim Allen Isn’t Voicing Buzz Lightyear In The New Film
Next Post: Martha Stewart Shares Which Grocery Store Items She Will Never Buy