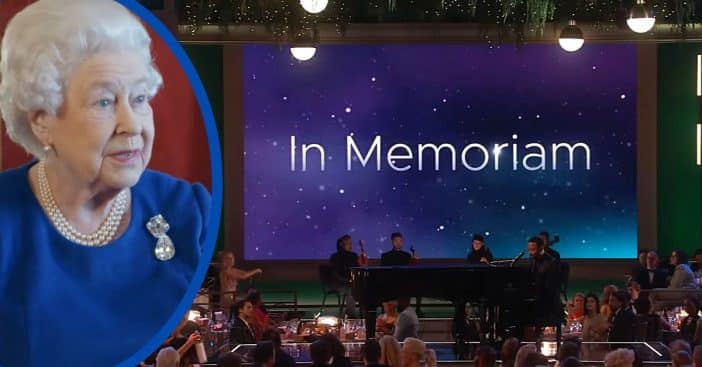 The 74th Primetime Emmy Awards began on September 3 and ended on September 12. In that time, Queen Elizabeth died, an event that sparked strong reactions and tributes the world over, but not during the Emmys, even during the In Memoriam segment.

The Emmy Awards celebrate artistic and technical achievements in television, similar to what the Oscars honor for film. There is some precedent for people expecting names not usually associated with TV for inclusion in the In Memoriam segment after they pass; 2020 was an especially emotional year with names like Kobe Bryant excluded. But The Crown also has viewers wondering why Queen Elizabeth would not be mentioned at the Emmys. So, just what happened this Sunday?

The Primetime Emmys did not mention Queen Elizabeth

When the 74th Primetime Emmys ceremony aired its In Memoriam footage, it was without anything honoring Queen Elizabeth, Britain’s longest-serving monarch. It honored Betty White, Sidney Poitier, Full House alum Bob Saget, TV mobster James Caan, Anne Heche, Paul Sorvino – it’s been a bad year. Is it simply that Elizabeth II is too removed from the industry?

Well, she has certainly inspired it. Even without accounting for the countless and ever-increasing documentaries about the British royal family, there is also the draw of TV shows about them. Downton Abbey, Game of Thrones, and of course The Crown all confirm the allure of court intrigue and royal interpersonal drama. Actress Olivia Colman has played Queen Elizabeth in seasons three and four now. This role has earned her a Golden Globe Award and Primetime Emmy Award for Outstanding Lead Actress in a Drama Series. In this light, the queen may not have been reading scripts and blocking scenes, or perfecting sound design, but she has inspired historic moments in the industry.

Queen Elizabeth and more at the Emmys

One Twitter user said, “The in memoriam section didn’t feature Queen Elizabeth, even after all she’s done for Olivia Colman.” This can certainly be taken two ways: one suggesting Elizabeth II was crucial in inspiring an award-winning role and another joking about the matter. But it does inspire the question of what warrants someone’s inclusion in the In Memoriam segment. Take, for example, Olivia Newton-John. Her TV credits are numerous but her big claim to fame comes from her music, along with the film Grease. Even so, a spokesperson said Newton-John was honored in the Creative Arts In Memoriam video that celebrates honors music and composers. So, in this case, it’s not the first connection people might think of, but it warranted celebrating.

Kobe Bryant’s absence from the 2020 Emmys In Memoriam video sparked surprise similar to what Queen Elizabeth is getting, with users noting, “Surprised that they left #KobeBryant out of the In Memoriam segment. Granted, he wasn’t really part of the television industry, but as an NBA star, he still had a strong presence on television.” That was when it was held at the Staples Center where the Lakers would play. Back with the British royals, one viewer insists, “They forgot Queen Elizabeth,” perhaps thinking how The Crown, which is called by its director “a love letter” to Elizabeth, won 10 Emmy Awards.

Do you think this exclusion makes sense or should have been changed?