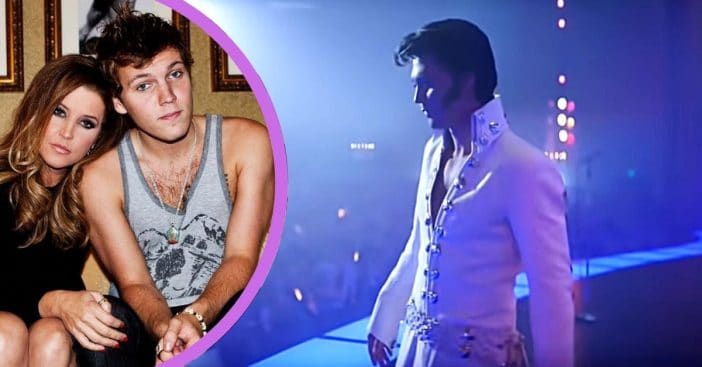 Baz Luhrmann is the director behind the 2022 biopic Elvis, with Austin Butler playing the titular King of Rock and Roll. Family members have been shown the film, due out in June, and have passed favorable verdicts. Lisa Marie Presley, daughter of the late pop icon, has seen it and wishes her son Benjamin Keough could have seen it too.

Through Lisa, Benjamin is the grandson of Elvis. Sadly, at the age of 27, Benjamin died by a gunshot wound in the summer of 2020. Lisa Marie had called Benjamin’s resemblance to Elvis “just uncanny” and he was laid to rest with the grandfather he never got to meet in Graceland.

Hello, I haven’t posted in quite some time because there really isn’t much to say, as I'm and will forever be mourning the loss of my son. Navigating through this hideous grief that absolutely destroyed & shattered my heart and my soul into almost nothing has swallowed me whole.

Lisa Marie Presley has over 158k followers on Twitter yet went on hiatus started in early February 2021. Only on May 14 of this year did she post again, and this return was ushered in by a series of bittersweet messages. She prefaced with the first post by writing, “Hello, I haven’t posted in quite some time because there really isn’t much to say, as I’m and will forever be mourning the loss of my son. Navigating through this hideous grief that absolutely destroyed & shattered my heart and my soul into almost nothing has swallowed me whole.”

RELATED: The ‘Elvis’ Biopic Cast And The Real-Life People They Play

That grief was fresh with her as she continued to discuss the upcoming Elvis biopic and Benjamin. Watching the movie was a family affair. “What moved me to tears as well was watching Riley and Harper, and Finley afterwards, all 3 visibly overwhelmed in the best way possible way, and so filled with pride about their grandfather and his legacy in a way that I have not previously experienced,” Lisa went on. “It breaks my heart that my son isn’t here to see it. He would have absolutely loved it as well.”

How is the ‘Elvis’ biopic measuring up, according to his family?

Priscilla Presley gave the movie a glowing review, calling it “a true story told brilliantly and creatively that only Baz, in his unique artistic way, could have delivered. Austin Butler, who played Elvis, is outstanding.” Though Lisa Marie mourned that Benjamin could not enjoy the biopic, she also did make clear Elvis was a success of a film. “You can feel and witness Baz’s pure love, care, and respect for my father throughout this beautiful film, and it is finally something that myself and my children and their children can be proud of forever,” she feels. ”

Of the star power, she added, “In my humble opinion, his performance is unprecedented and FINALLY done accurately and respectfully,” and vowed, “If he doesn’t get an Oscar for this, I will eat my own foot, haha.” Finaly, she wrote, “Baz, your utter genius combined with your love and respect for my father and this project is just so beautiful and so inspiring. I know I’m being repetitive, but I don’t care, Thank you for setting the record straight in such a deeply profound and artistic way.”