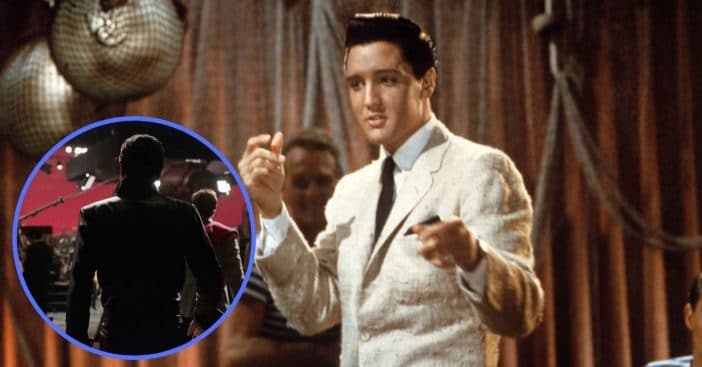 Baz Luhrmann, the director of the new upcoming Elvis biopic, has released some new footage from the film. He took to Twitter to unveil some never-before-seen footage from the biopic featuring actor Austin Butler as Elvis Presley himself. “Made a little something to let you good people know we are taking care of business on June 24, 2022,” Luhrmann writes alongside the footage.

The no-context footage shows Butler alternatively brooding and strutting in different outfits at various points of his life. Also, an altered version of the hit track “Suspicious Minds” plays in the background. And, honestly, it has us “all shook up.”

Made a little something to let you good people know we are taking care of business on June 24, 2022.#Elvis #TCB pic.twitter.com/grf8IGqfw9

The currently untitled drama biopic covers Elvis’s growth in a rags-to-riches type of way, as he started out as a dirt-poor singer turned global rock icon. As previously mentioned, actor Butler is playing the role of the King, while Tom Hanks is portraying the role of his controversial long-time manager, Colonel Tom Parker.

RELATED: Could The New Elvis Presley Biopic Have A Chance At The 2022 Oscars?

Butler has been fairly successful during his acting career. He landed the Elvis role back in July 2019. He’s also appeared in The Dead Don’t Die and played Manson Family member Tex Watson in Quentin Tarantino’s Once Upon a Time in Hollywood. Butler is also currently filming a leading role in the Apple TV+ miniseries Masters of the Air, exec produced by Hanks.