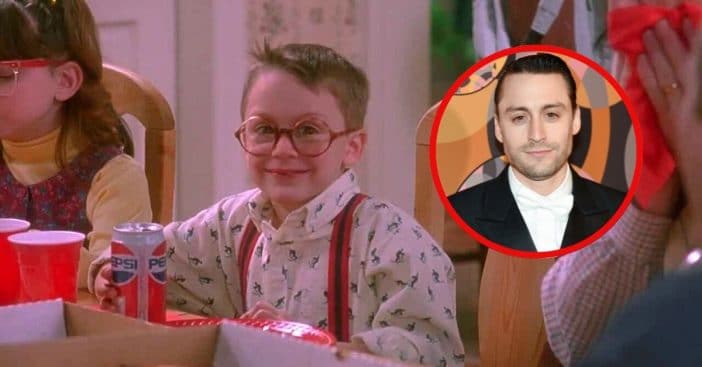 Small, young, and prone to wetting the bed, Fuller was starkly different from his cousin Kevin McCallister each Christmas. But eight-year-old Kieran Culkin made the most out of his Home Alone character and proved first impressions can be quite deceiving, as he went on to build a remarkable career.

Kieran Culkin was born on September 30, 1982, in New York to Broadway actor Kit Culkin. Acting was very much in the family, as his five other siblings pursued that line of work as well. Kieran ended up estranged from his father when his parents separated but that did not impede his career in the end.

Getting involved in countless classics

As it turned out, Kieran hit it right out of the park with his first role, that of cousin Fuller McCallister in Home Alone, a role he reprised two years later in Home Alone 2: Lost in New York. He would also appear in another pair of related movies: the first and second Father of the Bride films from ‘91 and ‘95.

Kieran continued on as a child actor into his teens with productions including The Mighty, Cider House Rules, and Igby Goes Down, the latter for which he was nominated for a Golden Globe and received both a Critics’ Choice Movie Award and a Satellite Award. Even more Golden Globe nominations would come his way decades later, but first, he would win over modern audiences with 2010’s Scott Pilgrim vs. the World, an adaptation of a beloved graphic novel series.

2018 brought Kieran’s biggest and most continual claim to fame yet with the HBO series Succession, which follows the Roy family, owners of entertainment giant Waystar RoyCo as they monitor the health of the family patriarch Logan Roy; Kieran’s character, Roman Roy, is immature and irresponsible, attributed in part to his father’s cruel treatment of him. Sounds messy? The Roys could definitely give the chaos of the McCallister household a run for their money.

In 2018, 2020, and 2021 came those next Golden Globe nominations, all thanks to the highly successful Succession. In the meantime, Kieran has started a family of his own with Jazz Charton, his wife as of 2013; together, they are the parents of children Kinsey Sioux and Wilder Wolf, born in 2019 and 2021 respectively. Kieran has had a lot to celebrate as, according to Gold Derby, the series Succession marks the first time a show has earned three nominations in the same year for the drama actor category. It was the early stages of this series, according to Kieran, that prompted him one day to go “home from work one day and [tell] my wife, ‘It’s going really well … I think I know what I want to do with my life. I think I want to be an actor.’”

Click for next Article
Previous article: 1970s Actress Jane Birkin Opens Up On Why She Retired From Acting
Next Post: Jennifer Aniston Celebrates Her 53rd Birthday With A Fun Outfit