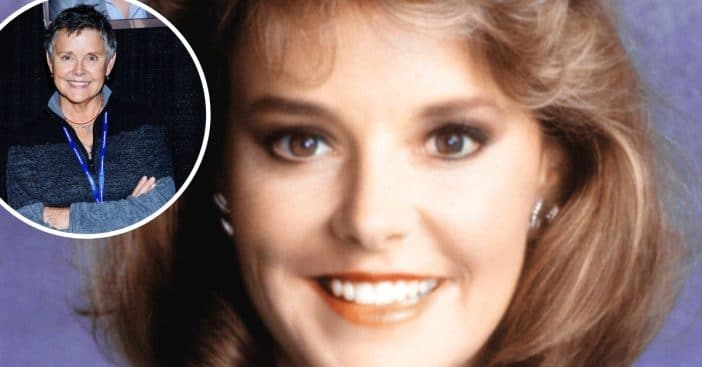 Amanda Bearse is now 63 years old and still trailblazing! She is best known for playing Marcy Rhoades (Darcy) on Married… with Children. This role was truly her big break. Before she was cast in the hit television series, she mostly starred in independent films such as Fright Night and Protocol.

While appearing on Married… with Children, she also began another career. She started directing and even directed 31 episodes of the show. Later on, she directed episodes of Reba, Mad TV, Dharma & Greg, and many more.

These days, she was recently cast in a new romantic comedy called Bros. The film is making history because it is the first movie to feature an entirely LGBTQ+ principle cast. Amanda has been publicly out as gay since 1993. She was actually the first actress on primetime television to come out publicly. She has been with a woman named Carrie Schenken and has an adopted daughter named Zoe. Reports say she is currently single.

Bros will follow two gay men played by Billy Eichner and Luke Macfarlane. Amanda will reportedly play Luke’s character’s mother. The film is set to premiere in August 2022. When asked about the film, Amanda expressed her excitement to be a part of such a great cast.

She said, “I’m delighted to be a part of this project. I had no idea how deeply the LGBTQ roots were going to be on this project [until recently]. But leave it to Billy Eichner; I should expect nothing less. He’s just so on the cutting edge, and this film will be too. I’m glad to be invited to the party.” Amanda is likely so excited because this is her first acting role in about 25 years. She has mainly focused on directing and raising her daughter. These days, her daughter is all grown up so she decided to try to get back into acting.

She added, “I thought, well maybe, I’ll just give this a go and see what happens, and as long as it stays fun and exciting, I’ll stick with it. I’m just having a good time acting again. It’s really been such a very long time, and I didn’t realize how much I’d missed it. So, it’s just been a great new beginning, is really the best way to put it.”