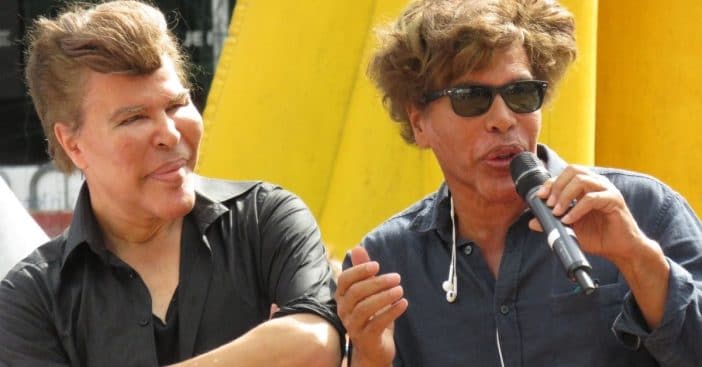 Igor and Grichka Bogdanoff, who dominated French television throughout the 1980s, both died from COVID-19 within days of one another. The two were characterized by their popular science shows and distinctive looks, multiplied by being twins.

The pair did not get a vaccine against the coronavirus because they believed their health meant they would not be at a high risk of serious setbacks. Last month, both were hospitalized on the same day and tested positive for COVID-19. Grichka died on December 28 and Igor passed away on January 3; both were 72.

Igor and Grichka Bogdanoff were together from birth to death; having been born just 40 minutes apart, the two would famously delve into the world of television with their distinctive and simplified approach to science. The two were also unanimous in their decision to not get vaccinated against the coronavirus, and both were hospitalized with it on the same day, December 15. “They were both at the same hospital,” revealed the brothers’ lawyer, Maitre Eduoard de Lamaze. “Grichka died six days earlier than Igor.”

Their lawyer adds that the brothers had been in good health before contracting COVID-19 and said it was “very sad to see those two men who loved each other so much, who were happy, kind, and original, go.” Grichka, the younger of the two, had been in the intensive care unit when he died; both had been in critical condition from the virus.

Both born on August 29, 1949, Grichka and Igor Bogdanoff came from a family line rife with intrigue and grandeur, which they embraced in their own modern lives right to the end. They were descended from nobility on both sides of their family. Igor and Grichka made their own fame with their science and science fiction programs; Temps X (Time X) ran from 1979 to 1989 and would be followed by Rayons X (X Rays) in 2002.

Academics criticized their approach to science as “dumbing down” the concepts but their programs became immensely popular in France. Grichka earned a Ph.D. in mathematics while Igor had a Ph.D. in theoretical physics. Throughout the ’80s, they were also supported for their good looks; those good looks turned uniquely distinctive in recent years as their cheeks and lips became especially prominent, but when asked the twins never admitted to receiving surgery, only using “technologies” to emphasize those features. Igor was the father of six children, four from his first marriage and two from his second. Ultimately, he divorced his second wife in 2018. Rest in peace to them both.

RELATED: Science Teacher Gone Viral Is Getting Students Excited To Learn With His Incredible Stunts