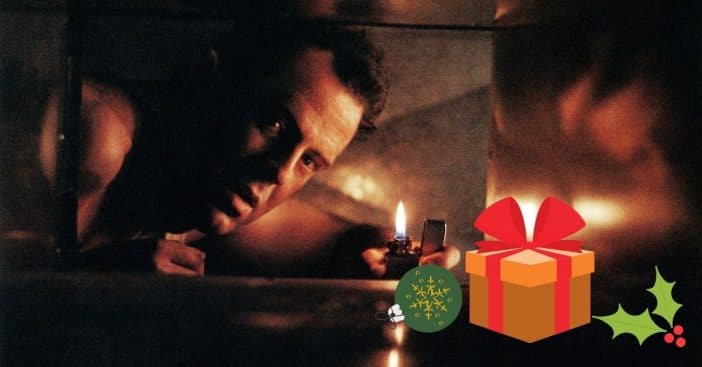 Welcome to the Christmas party, pal. NYPD Detective John McClane was tossed, blasted, shot, and punched into more than he bargained for with 1988’s Die Hard, an action film famously set on Christmas Eve. Especially bloody for a holiday flick, there have been years’ worth of debate if this even counts as a Christmas movie.

A new voice has risen up to weigh in on the discussion: none other than Marlene Willis, mother of the franchise’s lead actor Bruce Willis. Here is what category Die Hard does – or does not – belong in and why.

Marlene Willis weighs in on the ‘Die Hard’ Christmas debate’

Originally from Kassel, Germany, Marlene Willis gave birth to Bruce Willis in 1955 in Idar-Oberstein, West Germany. As of 1978, her son became a television regular, ultimately destined for the big screen. Ten years after his breakout into acting, Willis landed the role of Detective McClane in the first of five films positively bursting with action.

The first one is simultaneously called one of the best action movies and one of the best Christmas movies. For everyone who agrees with this latter sentiment, there are people who don’t support this categorization. For Marlene, she falls into the second group. She told TMZ that although the film happens to take place on Christmas Eve, that has no bearing on the story. It is not a theme around which the gunfights and broken glass revolve.

How to answer this age-old question each time

In support of this position, TMZ proposed setting Die Hard during any other holiday besides Christmas. No matter the occasion, it would still work because McClane’s journey and arc don’t depend on that holiday, exempting it as a Christmas movie. Outsider further reports that her son, Bruce, agrees that Die Hard does not count as a Christmas film.

When searching the highest-grossing Christmas movies, a list that considers the total profit a holiday-themed movie has netted from releasee to now, Die Hard does not appear on most lists. Wikipedia, ScreenRant, and IMDb do not list Die Hard in their rankings even though it grossed $140 million, enough to make it a contender among the top 25. Even so, this debate came from somewhere, and some reasons include the protagonist’s wife being named Holly, the abundant Christmas music jingling all the way up Nakatomi Plaza, the office party that got the hostages together was to celebrate Christmas, and the dusting of snow. Furthermore, it is reported 1.3 million Americans watched Die Hard on Christmas Eve, which outpaced Home Alone and The Santa Clause.

What do you think? Is Die Hard a Christmas movie?

Click for next Article
Previous article: Check Out This Year’s Schedule For SyFy’s New Year’s ‘Twilight Zone’ Marathon
Next Post: A Certain Christmas Episode Was One ‘Little House’ Star’s Exit From The Show