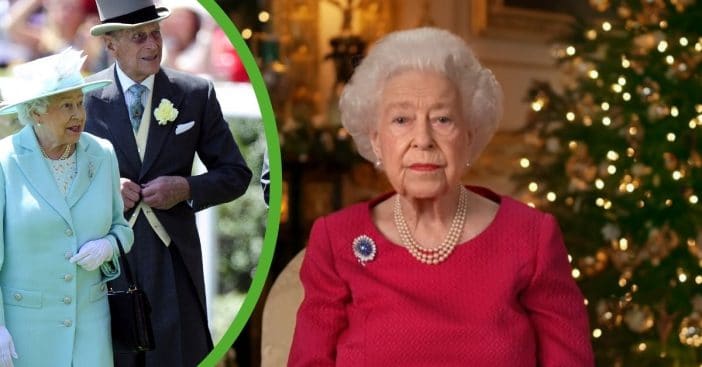 This Christmas was the first Queen Elizabeth spent without Prince Philip, who died in April just two months shy of his 100th birthday. The queen spoke about her late husband in her annual holiday speech, in which she uplifted the joy of the season and acknowledged the heartache the year brought.

On Christmas Day, the queen issued a speech addressing the nation, most of which has since been shared to social media and received millions of more views. Her statement addressed the special nature of the holiday, made all the more remarkable for all the contradictory emotions it can beautifully evoke in everyone. Learn more about her poignant speech here.

This is a time for everyone, young and old

“And for me and my family, even with one familiar laugh missing this year, there will be joy in Christmas, as we have the chance to reminisce…”

In her 2021 broadcast, The Queen reflects on the life of the Duke of Edinburgh, while looking ahead to her Platinum Jubilee in 2022. pic.twitter.com/IMf3aW4IxI

Queen Elizabeth’s Christmas video alternates between footage of her addressing the camera and video of other scenes emphasizing the subject matter. First, she notes that although people think of Christmas as a time for children, really, it brings out something importantly childish in everyone, something that people could do well to learn from the youth of this world: to see the joy in everything. In contrast, adults can easily overlook the small, simple things worth deriving excitement from.

The queen intends on following the wisdom of younger generations and vows that although Prince Philip won’t be among the royal family this Christmas, they will find cause for joy. The family plans to “reminisce” about the past by seeing the season through the eyes of the next generation, the children, “of whom,” the queen added, “we were delighted to welcome four more this year.”

Queen Elizabeth and Prince Philip were married for 73 years before his passing, and this is her first Christmas without him. This occurred in a year that would prove rife with hardships as the queen faced new health battles that kept her from in-person events and derailed the royal family’s original holiday plans. However, the queen turned to faith and sees the four new additions to the family as four fresh new starts full of potential, similar to how the birth of Jesus Christ is viewed as the beginning of something new and important.

She also references the simplicity of the holiday that makes it so appealing – and so possible to celebrate even in these unprecedented circumstances. “While COVID again means we can’t celebrate quite as we may have wished,” she explained, “we can still enjoy the many happy traditions, be it the singing of carols — as long as the tune is well known — decorating the tree, giving and receiving presents or watching a favorite film where we already know the ending. It’s no surprise that families so often treasure their Christmas routines.”

With 2022 around the corner, the queen also anticipates celebrating her platinum jubilee, an occasion among monarchs that marks 70 years of ruling.

RELATED: Queen Elizabeth Can ‘Carry On For Some Time’ Even After So Much Stress, Insider Says