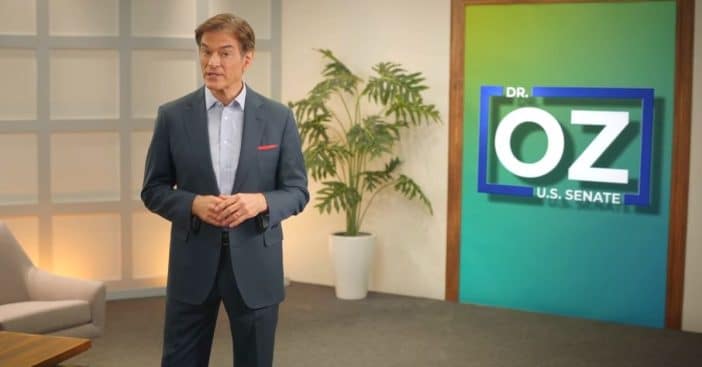 Dr. Mehmet Oz wants to try and become Senator Oz, the television surgeon announced in November. Specifically, he will be running for Pennsylvania’s open Senate seat as a Republican, which also means the impending end to the long-running series.

In its place, his daughter Daphne will be co-hosting a new series. Sony Pictures Television further confirmed that, after 13 seasons, The Dr. Oz Show would be officially ending by January. It first began back in 2009.

On November 30, Dr. Oz took to Twitter to announce his plans to run for Pennsylvania Senate. “I’m running for U.S. Senate in Pennsylvania because America needs a Conservative Republican to cure what’s wrong with Washington,” he wrote. “I’m a world-class surgeon, fighter, and health care advocate stepping forward to cure our country’s ills. Watch my announcement video now!”

The post is accompanied by a video lasting one minute further explaining why Dr. Oz thinks he is the one to vote for, tying together the story of his parents bringing the growing family to America, to his own experiences as a medical official. “As a heart surgeon, I know how precious life is,” he went on. “Pennsylvania needs a conservative who will put America first, one who can reignite our divine spark, bravely fight for freedom and tell it like it is.”

His announcement has sparked strong reactions.

A serious case of bureaucracy

Dr. Oz is a well-known resident of New Jersey and even served in the state’s Republican Party for years. To qualify for a Senate run, a candidate must have some residency in Pennsylvania or show an intent to obtain one. Dr. Oz is a registered voter in Montgomery County, Pennsylvania through an address owned by his mother-in-law as of 2020, and he has a medical license to practice in Pennsylvania. Though his roots are spread across multiple borders, Dr. Oz’s ads are highly concentrated in the Quaker State; he hit the ground running with a million-dollar ad campaign that sees his video aired on televisions around Pennsylvania.

Not all of his medical peers agree with Dr. Oz’s work as a doctor and his work has been called pseudoscience. The British Medical Journal, The New Yorker, and Popular Science have denounced his medical claims as without proof. Still, his published work has ended up a New York Times bestseller, and he reportedly saved a man’s life at Newark Liberty International Airport last winter.

However, Dr. Oz is intent on running for Senate, and this is just one of two big reasons why The Dr. Oz Show will be closing its practice after 13 seasons; the FCC’s equal-time rule means opposing political candidates can call for balanced exposure, and as a result, television stations in Philadelphia, Cleveland, and New York City announced they would remove the show from air. Eventually, viewers will get The Good Dish, hosted by Daphne Oz and Top Chef judge Gail Simmons and Next Food Star champion Jamika Pessoa. It will premiere in January 2022.

RELATED: Kurt Russell Thinks Celebrities Should Not Get Involved In Politics