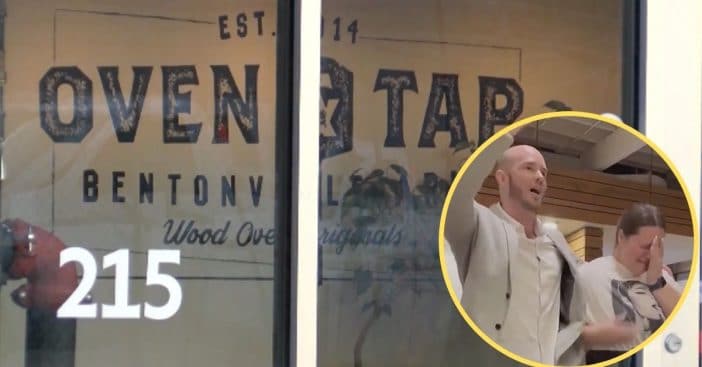 A waitress from Arkansas was fired after customers left her an incredibly generous tip of $4,400. And, on top of that, she was fired after her manager made her split the tip with the other staffers.

Ryan Brandt and another server worked a party of more than 40 at Oven and Tap in Bentonville, AR. Each diner had chimed in with a $100 tip, under the assumption that it would go to both servers and that’s it.

“We knew servers were really hit hard through COVID, and it was something that we had come up with to help give back,” says customer Grant Wise, who dined at the restaurant. Brandt had been working at the eatery more than three years and said she never expected her manager to do something like this.

Customer Wise, who owns a real estate company called Witly, found out about this and demanded the restaurant return the tip money—then additionally turned over $2.2k directly to Brandt. That was when she was fired the following day.

Oven and Tap denies firing her because of the tip

“They fired me from Oven and Tap over the phone and I’ve been there for 3 1/2 years and that was really heartbreaking,” she tells CBS 5. “Especially because I didn’t think I did anything wrong.”

In a statement, the restaurant said that Brandt was fired for reasons unrelated to the tipping incident and that it “fully honored” the tippers’ requests to reward the two servers. “After dining, this large group of guests requested that their gratuity be given to two particular servers. We fully honored their request,” the statement read.

David has made a GoFundMe to support Brandt

“Out of respect for our highly valued team members, we do not discuss the details surrounding the termination of an employee.”

In response to this, Wise has started a GoFundMe page for Brandt. So far, he’s raised over $8,700 as of Monday morning. “It was devastating, I borrowed a significant amount for student loans,” Brandt says about losing her job, the only source of income for her. “Most of them were turned off because of the pandemic but they’re turning back on in January and that’s a harsh reality.”