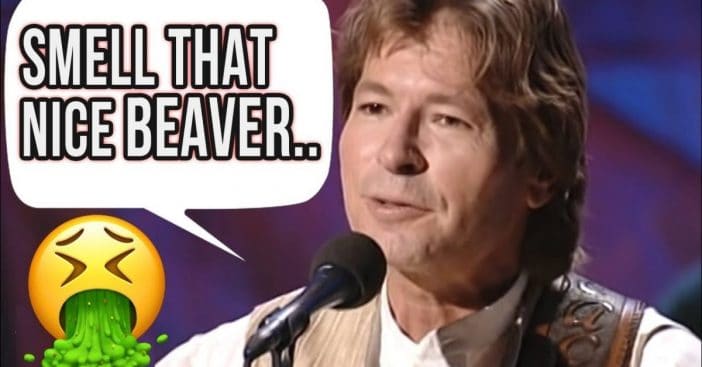 We’ve all been there. Happily singing along to a song with our friends, until you notice that they’re all staring at you in disbelief. Oh, the shame. The embarrassment! But I’m here to say, misheard lyrics are everywhere from time to time. So much so that there’s even a term for it: A Mondegreen.

Writer Sylvia Wright coined the term in 1954 after hearing the line “laid him on the green” in a Scottish ballad as “Lady Mondegreen.” And Mondegreens have been ever-present in pop music since. Today, we’re going to be taking a look at some of the most ridiculously misheard lyrics in music history.

In 1967 Jimi Hendrix was on top of the world. A guitar virtuoso, Hendrix had taken the world of rock n’ roll by storm, releasing hit after hit, dazzling in front of hundreds of thousands of fans, and only taking time out of his busy schedule to smooch some dudes. Or at least that’s what listeners thought when they heard his song “Purple Haze,” which contains the iconic line, “ ‘scuse me, while I kiss this guy.”

RELATED: 13 Commonly Misheard Song Lyrics That Are Just So, So Wrong

Except that the line was actually “ ‘scuse me, while I kiss the sky.” Fans can be forgiven for mishearing this lyric though, as guys are kissed far more frequently than the sky. But hey, it was the ’60s, and psychedelics were everywhere.

Bruce Springsteen originally recorded the song “Blinded by the Light” in 1973, and although all of the lyrics were intelligible, it wasn’t until Mannfred Mann’s Earth Band covered it in 1976 that A: the single became a massive hit, and B: everyone rocked along to the wrong lyrics.

Due to Mann’s pronunciation, the line “revved up like a deuce”— a reference to gunning a deuce coupe car—sounds remarkably like, “wrapped up like a douche.” And it’s understandable that people think these are the actual lyrics, because a douche, whether the feminine hygiene product or the loathsome person, is best wrapped up and thrown away after use.

In 1972 Elton John released the beautiful single “Tiny Dancer,” the world fell in love with it, and for a decade everyone sang the song’s correct lyrics, no problem. But then came the ’80s, and Taxi and Who’s the Boss became two of tv’s biggest hits, watched by hundreds of thousands of people, and made Tony Danza into a massive star. Which had the unfortunate side effect of making people mishear the lyrics to Elton John’s song, as “hold me closer tiny dancer” morphed into “hold me closer Tony Danza.”

While I’m not denying the allure of being held comfortably in Danza’s big strong arms, this Mondegreen transforms Elton’s poignant song into a much sillier affair.

4. “The Twelve Days of Christmas”

Sometimes a Mondegreen becomes so entrenched, sung wrong by so many people for so long, that eventually even people who know the correct lyric give up, and the words to the song themselves are just changed. This is exactly what happened with the classic Christmas carol, “The Twelve Days of Christmas.”

The gift for the fourth day of Yuletide celebrations was originally 4 Colly birds, with Colly being a regional English term meaning coal black. But because literally, no one outside the English countryside knows this the line was pretty ridiculous, and everyone always just sang Calling birds. In 1909 Frederic Austin simply changed the lyrics, and the rest is history. So keep at it Tony Danza fans… there’s always hope.

5. “I Want to Hold Your Hand”—The Beatles

It’s not just ordinary people like you and me who mishear lyrics – massive music stars do too. In 1963 The Beatles released “I Want To Hold Your Hand,” and people everywhere thought that when the fab four was singing “I can’t hide” they were actually talking about their love of weed and proclaiming “I get high!” Even legend Bob Dylan thought they were smoking the devil’s lettuce, so much so that he brought a gift of marijuana to their hotel in Manhattan in 1964.

The Beatles ended up smoking weed for the very first time that day with Dylan, and a years-long psychedelic journey was started that would result in some of the finest pop music of all time. Thank you Mondegreens.

I imagine a rock star saying, “Alright guys, I can rock with you, but only for part of the day. You know from noon to four I’m taking my kids to the aquarium.” I’m all for time management, but this Mondegreen definitely changes the meaning of the song a bit.

What’s the worst thing that happens at a concert? Definitely having to pee right in the middle of the show. You gotta make your way through the crowd and then locate a toilet while missing the music you paid for. This is why fans must have been overjoyed when they heard Creedence Clearwater’s new “Bad Moon Rising”.

Because at the end of every chorus, John Fogerty is kind enough to point out “there’s a bathroom on the right,” thereby saving everyone precious minutes. Of course, the actual lyric is “there’s a bad moon on the rise,” just as the name of the song implies, but I still always check for a restroom on the right side of every venue first.

Madonna’s “Like a Virgin” is about how a new lover has made her feel reborn, or as she puts it, “shiny and new.” This is why people are very confused by the line, “like a virgin, touched for the 31st time.”

But 31st, while maybe more accurate for Madonna in 1984, is of course not the line. The correct lyric being “touched for the very first time.” However the mondegreen in this case is pretty funny, and I still can’t help but sing it every time I hear the song.

In most situations in life, it matters whether or not you are wearing clothes. You can’t just show up to your nephew’s baseball game in your birthday suit. Trust me, it’s awful. This is why the line in Bon Jovi’s song “Livin’ on a Prayer” “it doesn’t make a difference if we’re naked or not,” sounds so bizarre. The song isn’t about showering or even having sex. It’s about struggling with your partner under the crushing weight of being working class in America. Which you definitely need clothes for.

But then you realize the line is actually, “it doesn’t make a difference if we make it or not,” which makes more sense and is way more romantic but also ultimately kind of depressing.

For the next entry on our list, we went with something a little more modern but that still bamboozled almost the whole world. When Taylor Swift released the single “Blank Space” in 2014 it took the world by storm, shooting to number one and selling more than 4.5 million copies. The song had skate punks and soccer moms alike gleefully singing along to the line: “Got a lonely Starbucks lover.” Except those aren’t the real words.

The actual lyric is “got a long list of ex-lovers,” but maybe I’ve had one too many grande frappuccinos, Cause I can only hear Starbucks in that line. Swift’s own mom even thought the line was a reference to the coffee chain though, so I guess we shouldn’t blame ourselves.

And there you have them. Some of the most ridiculously misheard lyrics in music history. Hopefully, you heard me correctly the whole time. Did you think any of these Mondegreens were the actual lines? There were just too many great ones to fit in this video—which misheard lyrics that we didn’t cover are your favorites?

Click for next Article
Previous article: Elvis Presley’s “In The Ghetto” Was Originally Written For Another Big Star
Next Post: ‘M*A*S*H’ Star Alan Alda Shares His Favorite Memories From His Long Career