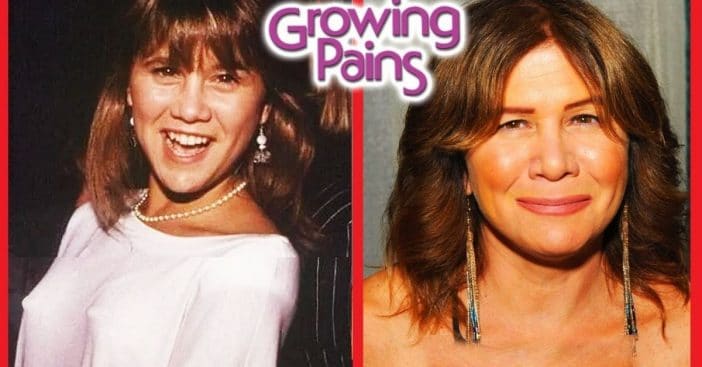 The pains of growing… made better thanks to the seven-season run of Growing Pains. If you were a huge fan, you definitely aren’t alone, because this ’80s sitcom went into syndication just about everywhere. From Latin America to Turkey, everyone loved this wacky, witty, and smart family. In short, the show never gets old.

So what happened to the Seavers after the ‘90s? To find out, let’s revisit 15 Robin Hood Lane.

Is there a doctor in the house? Well, yes there is. And ever since Dr. Jason Seaver’s wife, Maggie, returned to work as a journalist, this doctor really was in the house, and ready to face all the joys and hurdles of parenthood. Portraying a psychiatrist and a loving parent, Alan Thicke took this role very seriously. He not only played a father on TV but represented a strong, inspirational figure for his castmates, too. Kirk Cameron, AKA Mike Seaver, said of Thicke, “He was like a father to all of us.”

Alan Thicke got his start in Canada hosting some gameshows in the 1970s, like First Impressions and the Saturday Morning celebrity game-show, Animal Crack-Ups.

Then, Thicke appeared on popular talk shows, like guest-hosting The Alan Hamel Show. When it ended, Alan landed his own C-TV series, The Alan Thicke Show. The actor then moved stateside and a short-lived attempt with Thicke of the Night.

Additionally, Thicke composed the legendary theme songs for both Diff’rent Strokes and The Facts of Life.  Additionally, the musical talents run in the family: Alan’s son is singer-songwriter Robin Thicke, who gained international fame in 2013 with his single “Blurred Lines,” which reached number one on the Billboard Hot 100.

Alan Thicke used his career and voice to promote and fund diabetes research. Sadly, in 2016 while playing ice hockey with his other son, Carter, Thicke collapsed; supposedly he cracked jokes as he was wheeled out the door. Despite his humor, Thicke passed away later that day of type-A aortic dissection. His death sparked a bittersweet reunion with the Seaver family, and a eulogy read by Full House actor and close friend, Bob Saget. Thicke was 69 years old. Rest easy, Doc.

Growing Pains introduced a fresh family dynamic by having the husband home while Maggie ventured off to work. However, Maggie still had to do a lot of damage control, because of those kids— and Dr. Seaver included.

Joanna Kerns knows the inner dynamics of family sibling chemistry. As she’s the younger sister of 2-Time Olympic gold medalist Donna DeVarona— the youngest American on the 1960 Olympic Roster. Kerns herself tried out for the Olympics in 1968 as a gymnast but didn’t make the cut.

Joanna Kerns’ acting career started in 1976 with an episode of Starsky & Hutch. The star also starred in the King Kong ripoff, Ape. The film is campy and a must-watch for bad movie lovers.

During Growing Pains auditions, she and Alan Thicke had such strong chemistry, Kerns accidentally kissed him on the nose. Both recently divorced, the two found themselves bonding over their mutual experience.

Does anyone else remember Joanna Kerns in the 1990 TV Movie, The Great Los Angeles Earthquake? She highlighted a really strong cast. Or what about 1996’s Terror in the Family starring Kerns and Hilary Swank? The last time fans saw Joanna acting was in the 2007 Judd Apatow comedy, Knocked Up as she played Katherine Heigl’s mother.

In 2016, the actress was diagnosed with breast cancer. She decided to have a double mastectomy and has been “given an all-clear” which is encouraging. Kerns publicly chronicled her experience which helped her bond with fellow actress Christina Applegate after her same surgery. Today she’s 68 years old and has one daughter with her first husband of 9 years.

Mike Seaver was the biggest draw of Growing Pains. A wholesome heartthrob to many— with some quick, dry wit to throw in too— he was a huge star at the time.

Kirk Cameron and Tracy Gold actually played siblings in a McDonald’s Ad before they were Seaver Siblings. Cameron’s first starring tv role was in an episode of Two Marriages in 1983. In 1988, the actor appeared in a Full House episode.

During Growing Pains, Kirk became a born-again Christian, after the father of a girl he liked told Kirk that he had a lot, but he didn’t have the Lord. Since then, most of his projects were faith-based, like the Left Behind series.

He and his wife run Camp Firefly, dedicated to helping terminally ill children have some fun through camping trips. Kirk Cameron certainly found his purpose in life. Though he does have some controversial opinions, like that on homosexuality, saying it’s unnatural and detrimental. Today, he’s 50 and his last appearance was in 2019’s Fuller House.

Carol had big dreams and a big brain to back it all up, thanks to almost constantly studying. She refused to settle. And sometimes that meant getting a bit intense.

Sadly, Growing Pains put a lot of pressure on Tracey Gold. Her work as a child actress led to her trying to stunt her development with strict dieting. Gold was officially diagnosed with early stages of anorexia at just 11-years-old. After a lot of hard work and counseling, Gold maintained a healthy weight, but after gaining a little weight during a midseason hiatus from the show, the writers began adding fat jokes about Carol. This caused Gold’s obsession with weight to start again with a vengeance.

Today, she openly speaks on eating disorders and uses her platform to discuss body image issues. Tracey is in her early 50s and a proud mother of four, ensuring that they have a strong support system in place.

If Ben Seaver taught us one thing: it’s that little siblings make the best lawyers.

The year before becoming a Seaver, Jeremy Miller began his career with a  guest spot on Punky Brewster. Miller voiced Linus in the 1986 tv special, Happy New Year, Charlie Brown, and voiced the iconic Peanuts character numerous times as a kid.

All that time, the young actor was battling alcoholism. Miller claimed in an interview with Oprah that he started drinking when he was four. His grandparents threw a bunch of parties, and Miller took up the job of emptying leftover drinks… by drinking them. The actor says he first experienced getting hammered at just 12-years-old. From then on, Miller struggled until he received an implant that released the drug Naltrexone into his system. And in 2011, he became a spokesperson for the rehabilitation company that administered his treatment.

Today he’s 44 and tries to lay low, especially after an incident with a stalker. However, he has a few low-budget B-Movies in the midst, like MariGuana and Aaah! Roach! So be sure to look out for those ones.

Growing Pains was Johnson’s first role of many. By the time she was 12, she had been in eight TV series. Including a regular gig in the 1994 series Phenom.

In 2012, she appeared in the first Avengers film, as a waitress who is saved by Captain America. Johnson was originally meant to appear in future films as Captain’s love interest, but that never came to fruition.

Recently, Johnson won an award for her voice work as Ellie from the post-apocalyptic video game The Last of Us. With the sequel setting up for a third entry, we’ll likely hear Ashley, today in her late 30s, fighting zombies again soon.

Look out, Ben, there’s a new troublemaker in the household. We first met Luke when he was down on his luck, but things turned around thanks to his new family. Girls everywhere were happy with the newest addition to the cast. Apparently, the only one not happy with Leo coming onto the show was Kirk Cameron. Jeremy Miller has stated that Kirk and Leo did not get along backstage.

DiCaprio’s career began with the show Parenthood, based on the Ron Howard movie of the same name. His role as Arnie in What’s Eating Gilbert Grape made Leo the seventh-youngest nominee for the Best Supporting Actor Oscar. He and Johnny Depp were brilliant together.

Today Leo is 46 years old and his next movie is an astronaut comedy starring him and Jennifer Lawrence.

Alright, kids, it’s time to go to bed—and stay there. While you’re there, think about your favorite member of the Seaver family. Whose career have you enjoyed the most? Did you watch any of the sequel television movies?

Click for next Article
Previous article: Whatever Happened To John Schneider From ‘Dukes Of Hazzard’?
Next Post: ‘The Talk’ Snubbed From Major Emmy Noms For The First Time In Seven Years