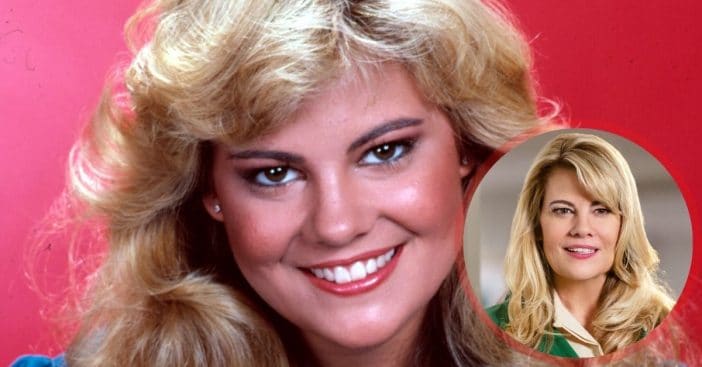 We followed Lisa from her beginnings as the rich and rebellious Blair and fell in love with her character’s kind-hearted arrogance. So, where is the actress today?

In 2001, Lisa Whelchel surprised fans with her reprisal of Blair Warner for the television movie, The Facts of Life Reunion. Then, in March of 2004, Whelchel reunited with Charlotte Rae to perform The Facts of Life theme song. The pair performed at the 2nd Annual TV Land Awards at the Hollywood Palladium.

Later in the spring of 2006, Whelchel appeared on The Today Show alongside two of her former co-stars. While on the show, they promoted the DVD releases of both the first and second seasons of The Facts of Life.

The following year on February 1, Lisa Whelchel reunited with Kim Fields on WFAA-TV’s Good Morning Texas. At the time, Fields was promoting her appearance in the production, Issues: We’ve All Got ‘Em. The actress brought on Whelchel as a surprise guest.

Flash forward a couple of years and in 2011, Whelchel and the cast of The Facts of Life celebrated their Pop Culture Award at the 9th Annual TV Land Awards.

One of Whelchel’s more notable gigs happened in 2012 when Survivor: Phillippines announced her as a contestant. Joining Major League Baseball star, Jeff Kent, the actress joined the Tandang tribe. Whelchel made the decision to keep her true identity a secret from the other contestants who were too young to have watched The Facts of Life.

In November of 2012, Lisa Whelchel announced via Twitter that she was suffering from West Nile fever. At the time, the actress’s doctor advised her that recovery could take approximately one year. However, Whelchel did not disclose whether she had contracted the arbovirus while in the Phillippines filming.

That December, Lisa Whelchel made it to the Final Tribal Council where her fellow contestant, Jonathan Penner revealed Whelchel’s true identity. The actress eventually tied with Michael Skupin for runner-up and lost to Denise Stapley. Whelchel was voted the Sprint Player of the Season and won $100,000.

A Career in Music and Writing

In the midst of filming The Facts of Life, Lisa Whelchel released a Christian pop album titled All Because of You. The album reached number 17 on the Billboard Contemporary Christian music charts and she was nominated for a Grammy Award.

Additionally, Lisa Whelchel wrote ten books on motherhood, child discipline, adult friendships, homeschooling, and finding Jesus. She is the bestselling author of So You’re Thinking About Homeschooling and The Facts of Life (and Other Lessons My Father Taught Me.)

Whelchel has been honored as a Gold Medallion nominee for her book on child discipline, entitled Creative Correction. Now at 58 years old, we last saw her in 2019’s You Light Up My Christmas, and it was most recently confirmed that she would be hosting MeTv’s original series, Collector’s Call. In the series, she’ll be meeting with the biggest collectors of pop culture memorabilia across the country who offer an inside look at their fascinating and rarely seen private collections.

Click for next Article
Previous article: Hundreds Of Disney World Visitors Had Their Flights Canceled Unexpectedly
Next Post: Macaulay Culkin And Brenda Song Make Rare Appearance With Their Adorable Son