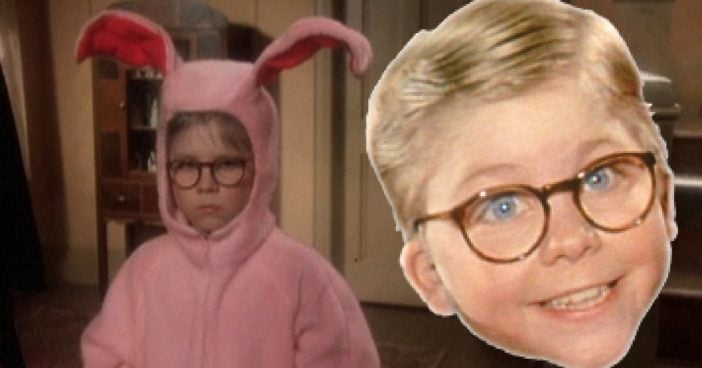 Everyone knows Peter Billingsley as little Ralphie In 1983’s A Christmas Story. What is this well known star doing nowadays, one may ask besides being told by long time fans on the street, “You’ll shoot your eye out, kid”?

Can you guess which one Ralphie is? Click here to find out what he looks like now!

Well, since his big debut in 1983, Billingsley has scored many more acting roles throughout the 1990’s and the early 2000’s. He also had a musical moment in 1999 when he released a CD titled Christmas Stories…Christmas Songs on Run For Cover Records. The most recent standout event in this well known child star’s career was signing on as the Executive Producer of the musical adaptation of A Christmas Story, which opened in Seattle in December 2010.
Have you ever wondered why Christmas is so hip? Check out our story on The Nutcracker in Pop Culture!

Does your favorite rock star have a popular Christmas tribute? Read up on this rock star’s Christmas hit here!

I wanted to share these super vintage holidays with you, just to get you in the holiday spirit!

If you like this, check out these related stories: The Most Popular Christmas Toys Of Yesterday

Written by Brad Rosenberg for Doyouremember.com

Previous article: Mr. Bubble: Bringing Fun By The Tubful
Next Post: 8-Track Technology Was Way Ahead Of Its Time- And Rocked!