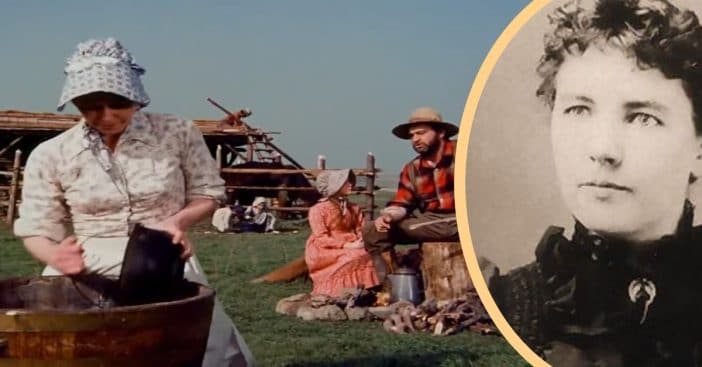 As America reflects on various popular artistic creations, the people behind those creations gain equal attention. Laura Ingalls Wilder is responsible for the Little House series of books that spawned the famous Little House on the Prairie show. Often, both works earn celebration as informative coming-of-age stories. But they include less savory elements that a new PBS film puts into context.

The film in question, Laura Ingalls Wilder, explores the author’s life and work. It also aims to put some racist depictions into context. Executive producers face a fine balance between admitting the wrongs and acknowledging the rights. Above all, they hope to paint a full, fair picture.

Little House on the Prairie would not exist as we know it without Laura Ingalls Wilder, who documented life on the western frontier. Mary McDonagh Murphy, who directed the PBS “American Masters” biography, notes the important lessons her Wilder’s books teach. They act as important coming-of-age stories and provide insight into life where the Ingalls lived. She references, “churning butter and the throwing the pig bladder and all those other really great parts of the books that have to do with … frontier life and how the families survived.”

She frames this within a question, asking if racist references associated with Little House offset the creation’s value. They include blackface and racist slights, “particularly with respect to Native Americans.” Murphy asks if these offenses make Wilder an unreliable source. She concludes, with respect to frontier survival facts, “I think we can count on her as a reliable narrator for much of that.”

To create this documentary, PBS producers worked with expert researchers. They also worked with Native American initiatives tied to the Minnesota Historical Society. The documentary pieces together the context of Wilder’s era. It explores her life with a pioneer and settler family. She traveled often throughout her childhood and saw the litigation governing land ownership out west. The documentary’s executive producer, Michael Kantor, emphasized attention to detail when telling this story. He explained, “We’ve been working very carefully with the academic community to make sure we tell a fair and truthful history, which we think will be no less interesting.”

The documentary, due on December 29, pulls from a lot of people associated with the Ingalls legacy. Firstly, Melissa Gilbert, who played Wilder in Little House on the Prairie, has a part to play here. Additionally, PBS producers recruited Louise Erdrich and Roxane Gay. Both are noted Laura Ingalls Wilder biographers. Other cast members also join Gilbert for this ambitious project. Consequently, Gilbert still finds herself learning about her muse from long ago. “I am constantly amazed by how much more there is for me to learn [about Ingalls],” she admitted. “Because I’ve had the opportunity to come at the ‘Little House’ story from so many different angles in so many different ways.”