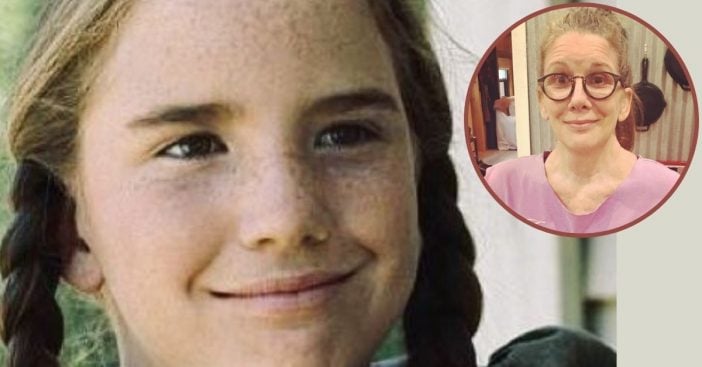 Melissa Gilbert may be best known for her role as Laura Ingalls Wilder from Little House on the Prairie, a series that ran from 1974 to 1983. She was perhaps the most famous child actor in the world during the show’s live run. Gilbert first got her start in the acting biz in the 1960s with an uncredited role in the film The Reluctant Astronaut.

What is Melissa Gilbert doing now?

She remembers the audition process for Little House with Michael Landon fondly. He was already hugely successful from his role as Little Joe Cartwright on Bonanza. She remembers walking into the audition and him having this unbelievable glow that was “captivating.” She tells Entertainment Weekly that, “It’s trite to say, but he had me at hello. I wasn’t even nine years old yet.” It’s easy to see why.

The relationship between Gilbert and Landon would parallel their on-screen one, as Michael became a real-life father figure off-screen for her as well. Sadly, she would lose her biological father at age 11, so when not working on the Little House set, Gilbert spent most weekends visiting Landon’s real-life family.

Even though we last saw Gilbert star in a film in 2019, she hasn’t been quiet online! She has been working on and promoting a new podcast with her husband, Timothy Busfield. They talk about her experience working on Little House in one of the episodes! Sounds like Little House still has a special place in her heart.

Click for next Article
Previous article: Jane Fonda Gets Real About Her Sex Life At 82 Years Old
Next Post: Whatever Happened To Julie Andrews, Maria Von Trapp From ‘The Sound Of Music?’