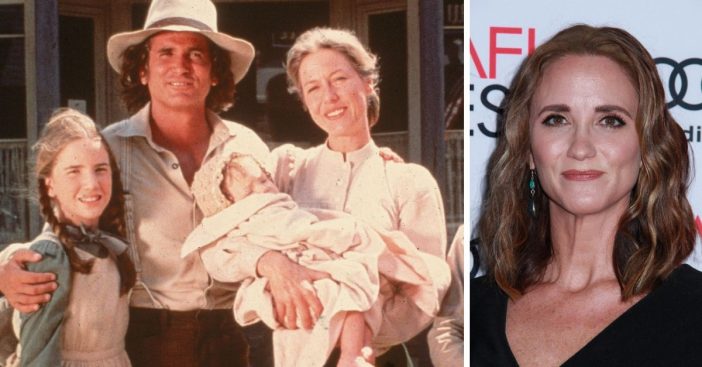 Melissa Gilbert starred on Little House on the Prairie as Laura Ingalls in the ’70s and ’80s. The show was based on books and became one of the most popular shows of that decade. During the nerve-wracking coronavirus pandemic, it seems nostalgic reruns of the show are actually doing quite well. Perhaps we all need a little dose of the Ingalls family during these tough times.

Melissa recently spoke out about some of the life lessons she learned while filming the series as a kid. Now, Melissa is 56 years old. She said of the series, “It was like a really great summer camp but I also got to play the ultimate game of dress up, and be in those fantastic clothes, and the button-up boots. I don’t remember it ever not being fun.”

She also talked about why the show has been growing in popularity again. Melissa said, “Oh, my gosh, with everything that’s going on in the world right now, I think, from what I’m hearing from people, is that ‘Little House on the Prairie’ is a reminder of when things were simpler for us in our lives, those 45 years ago.”

She continued, “‘Little House on the Prairie,’ then, provided people with the reminder of what we went through when we started this country, and how difficult that was. And I think we’re at that place again. If we could have done what we did in the 1800s, in the 1970s, we can do this. The keys are gonna be compassion, community, faith (whatever that faith looks like), love – that’s it. That’s all that matters.”

Melissa also says that she is the woman she is today because of working on the show. She talked about all of the life lessons she learned while filming. “I absorbed so much without even realizing what I was learning – really important life lessons about family, community, tolerance,” she said. “Because I was saying all of these things, and having to understand all of these things, they became a part of what I learned as well.”

Listen to more of the interview below: