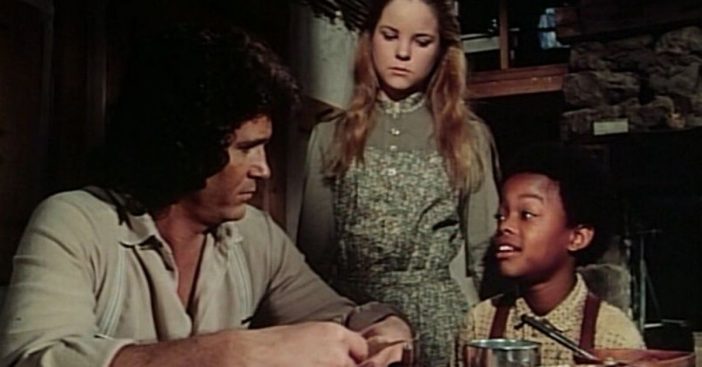 Recently, Little House on the Prairie started trending on Twitter, even though the show hasn’t been on the network in almost four decades. Fans have been recalling a certain episode starring co-creator and star Michael Landon and Todd Bridges who played the character of Solomon. This episode, in particular, brought the topic of racism to a brutally honest stance.

While the show ran from 1974 to 1983, it was actually based on the series of children’s books written by Laura Ingalls Wilder in the 1800s. In Season 3, the episode “The Wisdom of Solomon” showed the story of a young boy named Solomon. He is the son of former slaves-turned-Mississippi sharecroppers. After his father dies, he runs away to Walnut Grove, Minnesota, and takes refuge with Charles Ingalls and his family.

If you’re wondering who Todd Bridges is and why he’s trending, watch this classic clip from his childhood acting days. POWERFUL. https://t.co/R0kWSysZOB

Solomon offers to sell himself to the Ingalls’ family in return for education. The Ingalls offer him a room at their house and enroll him in a local school. Solomon offers up an interesting response for a class assignment when the students are to share things that they don’t like. He says he doesn’t like being black. Charles soon gets Solomon to confess why he actually ran away from home, and he said that he’s tired of everyone treating him differently because he’s black. He also says that his dad’s skin color is what caused him to have a premature death and doesn’t want his fate to be the same.

RELATED: The Real Reason ‘Little House On The Prairie’ Came To An End

Charles ends up convincing Solomon that he should be proud of who he is, regardless of his skin color, and that she should return home to his family. Before the episode wraps up, Solomon asks Charles, “Would you rather be black and live to be 100, or white and live to be 50?” Fans were floored by Landon’s progressive stance against racism back in the 1980s.

A powerful episode turns into memorable food for thought

I cant believe TV show in 1980s tackled racism so brutally&honestly. Appropriate use of the N word. Wow. Props to a very young @ToddBridges 4playing those scenes so well. Props2the late Michael Landon, too. He probably wrote/directed that episode. Watch this video. It’s powerful. https://t.co/HEGb5DWL99

A fan writes, “I cant believe TV show in 1980s tackled racism so brutally&honestly. Appropriate use of the N word. Wow. Props to a very young @ToddBridges 4 playing those scenes so well. Props2the late Michael Landon, too. He probably wrote/directed that episode. Watch this video. It’s powerful.

Aside from the show trending online because of this reason, it was also trending because of the current coronavirus lockdown. The pandemic mirrors specific episodes from Little House on the Prairie, which are eerily similar to the current state of the world.

See what the cast of Little House on the Prairie is up to today, on a new episode from our Nostalgic Youtube Channel! 🙂 Hope you enjoy!