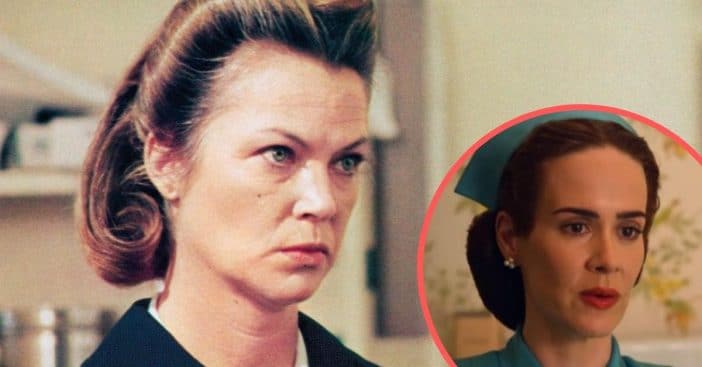 Netflix is set to premiere a prequel series to the iconic movie One Flew Over the Cuckoo’s Nest. In the film, Louise Fletcher plays the villain, Nurse Mildred Ratched. The series, titled Ratched, will uncover her origins. Actress Sarah Paulson will play the role in the Ryan Murphy adaptation.

The series is set in 1947, just after World War II. Nurse Mildred Ratched goes to work at a psychiatric hospital in Northern California. At first, she seems like the perfect nurse, but soon she begins to have a dark side. Cynthia Nixon, Sharon Stone, Finn Wittrock, Jon Jon Briones, Judy Davis, and Charlie Carver will also star in the series.

Ryan Murphy is responsible for creating the series. He said, “I feel like Nurse Ratched is sort of a shorthand for barbarism. She became almost like a catchphrase for any sort of institutional abuse of power. What was interesting was trying to create an emotional character from a reputation that’s very cold… trying to figure out every little detail about her childhood, her relationships, her sexuality. Because when people think of Ratched, they think of her as shutoff and cruel and uncaring.”

Sarah also spoke out about playing the iconic villain. She said, “One of the enormous plusses was that I had the great fortune of watching one of, I think, the most masterful performances in cinematic history. It gave me an opportunity to have a real spine of the character built-in, at least in terms of knowing where I was going with it.”

She continued, “So much of the story obviously predates [the film] and it’s an imagined idea of what Mildred’s life might have been before she found her way to that hospital. It’s both a blessing and a curse because I do recognize that some people will be looking for Louise Fletcher, but they’re not going to find her, and I don’t want them to be disappointed.”

Ratched will premiere on September 18, 2020, on Netflix. Watch the trailer below: