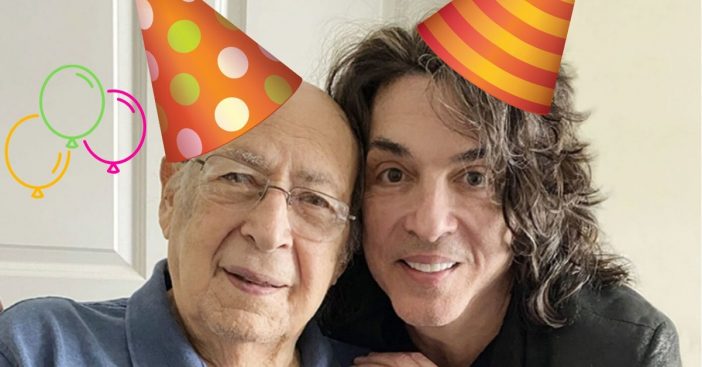 This week saw a big milestone for Paul Stanley’s father, William Eisen. On April 7, Stanley announced his father celebrated his 100th birthday. The announcement came over Twitter and asked fans to join him in celebrating.

Stanley is particularly intent on spreading some love for his father’s birthday. That is because this year, he can’t be there with his father to celebrate the momentous occasion in person due to the coronavirus. Because of this, he’s hoping fans can come together so the event can be special for everyone. We’ve seen a lot of fun birthdays and impressive birthdays in the last two years. So, it’s a shame Stanley can’t be there when his father’s has come up.

Paul Stanley’s dad had a 100th birthday this month

MY DAD IS ONE HUNDRED YEARS OLD TODAY! He Is An AWESOME Man And I Am So Proud To Be His Son. We Can’t Be Together Since It’s Not Safe. I Love Him Dearly And Am Asking EVERYONE PLEASE WISH HIM HAPPY BIRTHDAY ON THIS MILESTONE. Thank You. pic.twitter.com/KCb6u2m0Xy

Though spring started in March, April is when it starts feeling like the season. This time of renewal and life is fitting for Paul Stanley’s dad’s 100th birthday. Reaching such a milestone really shows he knows how to represent vitality. Even while we bunker down to follow social distancing recommended by the CDC, live goes on in beautiful ways.

RELATED: Bindi Irwin Confirms Wedding Gown Was A Tribute To Her Mother, Terri

Unfortunately, the family has to be cautious about how they celebrate. Stanley’s tweet expressed all the emotions to be expected from such an important birthday under these circumstances. “MY DAD IS ONE HUNDRED YEARS OLD TODAY! He Is An AWESOME Man And I Am So Proud To Be His Son,” he exclaimed. He went on, “We Can’t Be Together Since It’s Not Safe” before adding, “I Love Him Dearly And Am Asking EVERYONE PLEASE WISH HIM HAPPY BIRTHDAY ON THIS MILESTONE. Thank You.”

Paul Stanley produced a heartfelt tweet for his dad’s 100th birthday. Fans of Kiss, Stanley, his dad, and simply those who love their dads sent in their support. The results include some charming replies that helped make the day special even during coronavirus quarantine.

Some people posted animations with a lovely birthday cupcake while others put together a collage tribute to William Eisen. Others still included a reference to the proud son’s work, the connection to his father, and a creative way of including the 100-year-old in the Kiss community. All it took was some stars added in. It’s hard to believe that last year Stanley mused about his 99-year-old father and we get to celebrate this major milestone for the clearly beloved man. Watch some of that below!

Click for next Article
Previous article: Disney Lights Up Cinderella’s Castle To Honor Healthcare Workers
Next Post: There’s A Lot Of Controversy Surrounding A Two-Time ‘Wheel Of Fortune’ Contestant