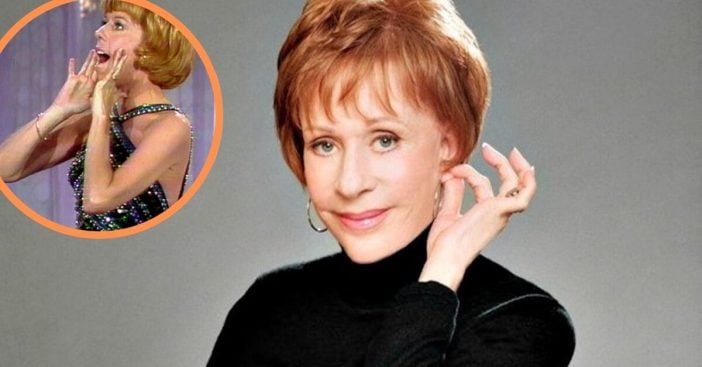 Carol Burnett is a woman of many talents. Known for her groundbreaking variety show The Carol Burnett Show, she has been involved in acting, writing, singing and more. Seven decades were spent bringing laughter to audiences across the country. And at Carol Burnett’s Shea’s Event, she plans on keeping that trend going.

Instead of her 10 pm Saturday night show, Burnett will appear on Tuesday, October 1 at 7:30. Rather than a television screen, the venue will be Shea’s Buffalo Theatre in New York. There, viewers will be treated to “An Evening of Laughter and Reflection Where the Audience Asks Questions.” The candid dialogue with viewers will be broken up by clips from her shows. The style will be reminiscent of The Carol Burnett Show.

As excited as the audience

Burnett’s excitement matches that of her audience. “The enjoyment of hearing people laugh is just wonderful, and to know that because of YouTube I’m getting audiences that are 10 years old and teenagers is a thrill.” When they have a good time, so does she. It also helps that the improvisation keeps the brain active. Burnett elaborated, “There are never any planned questions, it’s all flying without a net. It keeps the ole gray matter ticking because I have to be on my toes.”

Successfully being on her toes since day one brought Burnett such success. The Carol Burnett show became the first of its kind hosted by a woman. The Q&A section at Shea’s will be formatted similarly, which she hopes will strike the audience’s nostalgia. For an extra bit of reminiscing, she plans on doing her characteristic Tarzan yell – with a catch. “if they ask me to do it I will. I never know when I call on somebody what they’re going to ask. Sometimes I ask people who ask me to do it to do it themselves.”

A strong foundation from humble roots

Carol Burnett’s Shea’s Event comes after much hard work and persistence. Born in 1933, both of her parents were alcoholics. Their marriage was terminated by the end of the decade. This then uprooted the San Antonio native. She went to live with her maternal grandmother in Hollywood at a young age. As a student at UCLA, Burnett would study theater and musical comedy.

Even after her schooling ended, she did not stop learning. In addition, she would learn valuable lessons from The Garry Moore Show. Her role may have been a “second-banana,” as she calls it, but she considers her time there as among career highlights.

Much like her excitement for her upcoming show, Burnett felt enthusiasm just as the audience did. Indeed, even back then, “Tim would walk away with a sketch and I’d love it as much as the audience.” Burnett hopes her work can build and solidify ties between families. The recent emotional distance between relatives is a lingering issue on her mind. “There is something about people gathering together to watch something as a family. It saddens me but that’s the way it is. Time marches on.”

Bob Newhart Remembers Tim Conway And His Ability To Make Anyone Laugh.