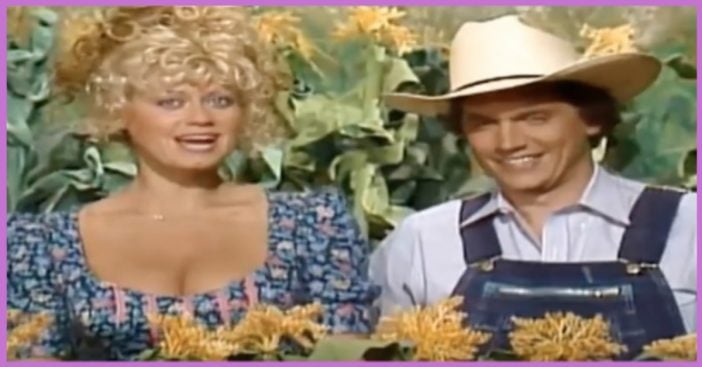 George Strait is and always will be, “The King of Country”. Strait recorded more number one hits in the history of music, even more than a little known Elvis Presley. The country star has sold more than 70 million records and isn’t stopping anytime soon.

We recently saw this vintage clip from an episode of Hee-Haw where Strait shows off that he has more than just music to offer. For example, he just released a record titled, “Honky Tonk Time Machine”. Take a listen to a featured song from that album below, and you’ll see just why George Strait is “The King of Country”.

George Strait Performs A Song From His Latest Album

George Strait has so many talents! For example, he has a great sense of humor and shows it off in this hilarious clip! Hee-Haw was a country music variety show which ran for 24 years. Did you watch Hee-Haw on Friday nights with your family? I sure did.

The face that Strait makes when he comes onscreen is straight-up hilarious. Enjoy!

If you’re curious to if Strait had any other experience with acting, you will be pleased to find out he has. George Strait had a cameo appearance in the film The Soldier in the early 1980s.

If you are a fan of Hee-Haw, you are going to love our exclusive interview with four cast members from the popular country variety show. DoYouRemember sat down with the last surviving cast member from Hee-Haw, Lulu Roman! Lulu was so sweet and talks about her beginnings in singing and comedy.

Along with Lulu, we interviewed Misty Rowe, Buck Trent, and Jana Jae! They were so lovely to speak to and gave great information about famous sketches, celebrity guest stars, and of course the chemistry between Buck Owens and Roy Clark.

We Remember The Amazing Talents of Roy Clark