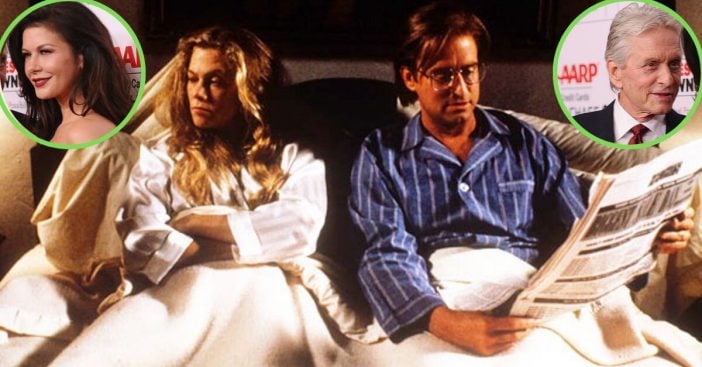 In an industry unfortunately swept by separations, one couple has stayed constant for years. The marriage between Catherine Zeta-Jones and Michael Douglas spans almost two decades. What makes this more special is that Douglas admits he still gets butterflies when he sees his wife. Maintaining relationships is important to the couple, and they consider award shows the ideal time to do just that. They may also have the chance to connect with each other through work once again. Zeta-Jones has admitted to wanting to work on a War of the Roses remake with Douglas in the near future.

The 2000 crime drama Traffic first paired the duo together. The film was subsequently nominated for Best Picture. The film explored multiple viewpoints of drug trafficking. Douglas played Robert Wakefield while Zeta-Jones played Helena Ayala. After the movie ended, Douglas and Zeta-Jones stayed together. Now, their acting careers may join once again.

Pursuing a War of the Roses remake

The original The War of the Roses starred Douglas and Kathleen Turner as a seemingly happy couple who are actually entangled in an elaborate conflict. Inspiration was drawn from the 1981 novel of the same name. Following its release, War of the Roses earned $83.7 million domestically and $160,188,546 worldwide. Several Golden Globe nominations were bestowed upon the 1989 movie. Because the couple is in an intense emotional battle, the title draws parallels to the historical conflict known as the War of the Roses.

In place of Turner, Zeta-Jones envisions herself as Barbara Rose in the War of the Roses remake, in addition to Douglas reprising his role as Oliver Rose. In other words, the famous couple would need to act out some outrageous scenes together. This will be in sharp contrast to the man who has gushed about the “joy of my marriage with Catherine and having our children.”

Sometimes the couple that works together stays together

Excitement to get working together again appears mutual. Zeta-Jones wants audiences to experience a sense of realism again. She feels, “It’s disconcerting when people are in love on screen, they want to see real couples, to fight, it brings it back down to reality.” She believes the 1989 hit film is what people want to see. “I think people would like to see us in War of the Roses.”

During an interview on Lorraine, Douglas acknowledged the long time that had passed since they starred together. He admitted, “We haven’t really but we did it one time in Traffic.” Once in nearly twenty years may very well have left audiences craving more. Whether that will be through a War of the Roses remake or in another film, fans have much to be excited for.

Michael Douglas Wishes He’d Kept A Diary While Reflecting On His Career And Catherine Zeta-Jones.

Previous article: Carol Burnett Reflects On The Enjoyment Of Being Able To Make People Laugh
Next Post: Cher Reveals She Was “Too Nervous” To Date Elvis Presley