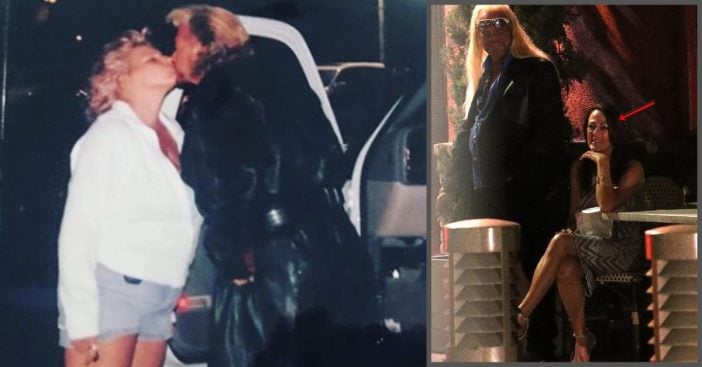 While Dog the Bounty Hunter recently says in a new interview that he won’t rule out dating again someday, he makes it very clear that he will not marry again. While seeing all these beautiful women around, his late wife Beth Chapman is not fair from his mind and heart.

Dog says that one day he knows he will have a girlfriend, but firmly states there will never be another “Mrs. Dog.” Even when talking about Beth in the interview, he still chokes up in tears.

While Dog is open to dating again, he calls Beth his “Always and Forever”

This interview comes after rumors started that Dog was seeing a mystery woman. However, his family was quick to squash any speculation that Dog was dating. Dog and Beth’s daughter, Bonnie, is very clear about not believing speculation.

“Pissed on my father’s behalf that he can’t go on a business dinner without someone speculating he’s on a date,” she writes on her Instagram story. “Leave our family alone, please. Leave my father alone, let him try to continue our business in peace.”

Dog is still grieving the loss of his late wife, and understandably so

“If you really wanna know who she is, she’s a member of our crew, and dad was out with 8 other people at that dinner,” Bonnie continues about the dating rumors.

In the new interview, Dog says that he’s lonely and the only time he sees her now is in his dreams. The interviewer notes that Dog still has on his wedding ring. He chokes up when he says he never knew it would mean so much to him to even wear that wedding ring. It’s very clear that whether Dog chooses to date again or not, no one will be able to replace Beth in his life.

Watch the latest interview below!

Although people still speculate and stick their nose into business that’s not theirs, we sympathize with the Chapman family during this time. In the meantime, Dog is preparing for his new show Dog’s Most Wanted. The show will be premiering September 4th at 9/8c, so mark your calendars! The show will cover everything from their most-wanted fugitives in America to Beth’s cancer journey.

In the meantime, check out the new interview with Dog the Bounty Hunter below!

Dog the Bounty Hunter recently dodged a $430,000 scam! Check out the details on that story here.