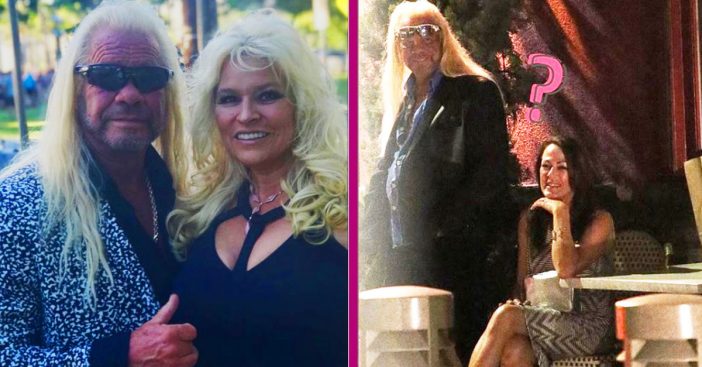 Recent news has been surfacing that Duane ‘Dog’ Chapman is back in the dating game just a few months after his late wife’s death. HollywoodLife reports that Dog was seen dining out with a “beautiful brunette” woman on Sunday, August 11th. Despite the ‘source’ confirming it wasn’t a romantic date, people already began speculating.

“It was not in any way a [romantic] date, he just was out having a good time with friends and the women he was pictured with is a friend of his and was a friend of Beth’s. There is zero funny business going on,” the source said.

The photo of Dog with the ‘new woman’

Another inside source confirms the same thing; that it was simply a family friend catch-up and nothing more.

“The dinner was all about family,” they say. “The people Dog is friends with and work with are his extended family. Everyone at that dinner loved Beth. She was on everyone’s mind throughout the night. It was a very enjoyable night.”

The same sources confirm that Dog is still indeed grieving the loss of his beloved wife. Beth Chapman died in June this year after a long battle with throat cancer, which turns into stage 4 lung cancer. “Dog is still grieving the loss of Beth and when he went out to the restaurant he went out with lots of friends and people he works with, some guys and some girls. He has friends that are women and that in no way means he is starting a relationship with them,” the sources tell news outlets.

Despite the grieving process still ongoing, the sources say that Dog is trying to change his outlook to celebrate Beth’s life and legacy.

“Dog is excited that the new show is coming and this was a bit of a celebration that it is coming out,” they continued. He wanted everyone to have a fun night and that is what was had, these rumors of anything else happening are just that; rumors,” sources continue.

“They shared memories of her and made toasts to her, her presence was still felt because she would have been there had she not passed. It was never a date night for Dog.”

Take a look at Dog’s first interview since his wife’s death. We’re praying for peace and happiness for his family during this tough time!