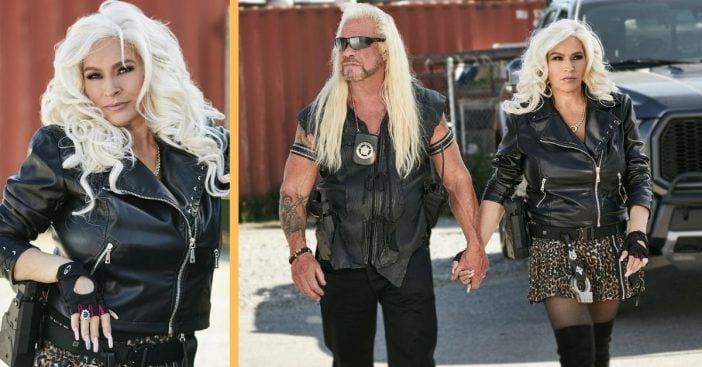 Even after reports of the Chapman’s newest show potentially being on the back burner, new photos are now available! Could this mean we’ll be seeing the show premiere sooner than expected? Beth Chapman took to social media to say “Apparently not this year,” in a response to a fan about when the show will air.

However, we now have new photos of Duane ‘Dog’ Chapman and his wife looking incredible as ever in action for the show! There’s also a brand new video in light of the new show posted last month.

In the video, Chapman starts off by saying, “Duane ‘Dog’ Chapman here… My wife, the love of my life, is fighting for her life. Instead of being at home helping her, I’m out here looking for you. I’m warning you in advance. May God have mercy on you when I get you, because I won’t.”

His wife adds, “You’ve been warned.”

What to potentially expect from the new show

The new show, Dog’s Most Wanted, features Dog the Bounty Hunter, his wife Beth, and his elite team of professionals The Dirty Dozen. They will be going after Chapman’s bucket list of America’s most-wanted fugitives. It will be the first unscripted series on the WGN network in over five years.

We’re guessing that the angle the video displayed means that the couple will also be giving us insight on their personal battles. Beth has stage 2 throat cancer 2017. The cancer unfortunately returns and metastasizes as stage 4 lung cancer. Beth calls her battle with cancer “the ultimate test of faith.”

All we know about the new show is that it’s “coming soon.” According to the video announcement, much of the series has been filmed already. In addition to some epic fugitive-catching scenes, it also shows scenes of Beth in the hospital and receiving treatment for her cancer.

We’re all so excited to be taken in the Chapman’s exciting life of bounty-hunting and also to get a real-life look at Beth’s cancer battle. However, fans are already questioning the video announcement as Dog says, “Instead of being at home helping her, I’m out here looking for you.” Does that mean Beth is no longer taking part in bounty-hunting?

Check out the full video below for what to expect from the new show!

The Chapmans have been hard at work at bounty-hunting for their new show. Check out one of the most-wanted fugitives that they caught within the last month!

Previous article: Do You Remember Lucille Ball’s Incredible Career And Her Unlikely Mentor?
Next Post: ‘The Bud Abbott And Lou Costello Show’ A National Sensation Both Then And Now