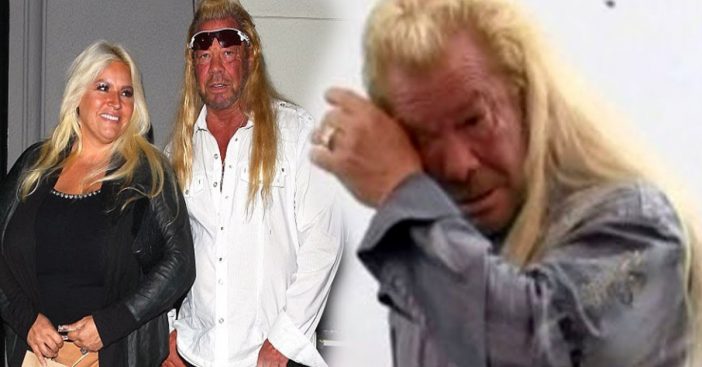 Duane Chapman broke his silence on the hoax by posting a statement on his Instagram account, a quote from former British PM Winston Churchill. The post said, “A lie gets halfway around the world before the truth has a chance to get its pants on.”

How are fans responding?

At first, many fans were being exposed to the death hoax and began sending messages of sympathy and condolences to the family. However, after Chapman spoke out, people finally began realizing that it wasn’t true.

One person said, “They are (sic) spreading horrible rumors of Beth. She is going to get through this. Don’t be paying attention all this bull—-. They have no life so they have to get the most attention they can get. With strength, your family has faith in the almighty Lord. Prayers to your family.”

“That’s so true, don’t pay attention to the negative things people have to say… Beth is the strongest fighter I have seen in such a long time I personally know you will make it,” another person said in response to Chapman’s post.

Another person said, “It’s social media and those [people] who report it do it for attention so it won’t stop just like the haters won’t! If you follow Beth on twitter you can see what’s real and what’s not when she tells us or her family and friends. If she was dead she couldn’t be posting on twitter too.”

Just a few weeks ago, Beth Chapman was rushed to the hospital after experiencing breathing problems. She had almost four liters of liquid removed from her lungs. Despite this setback, she has been in good spirits and appears to be handling her cancer battle like the fighter she is.

Together, the dynamic duo has been working on filming for their new upcoming show Dog’s Most Wanted, so it’s safe to say Beth doesn’t plan on going anywhere anytime soon!

Be sure to SHARE this article if you love the Chapman family!

Don’t forget to take a look at some more news coverage on this death hoax story below:

Previous article: You Can Rent A Giant Potato House In Idaho For $200 Per Night
Next Post: WATCH: Make Your Own Beautiful Log Planter For Your Yard